What is Air Pollution? Causes, Effects and Solutions 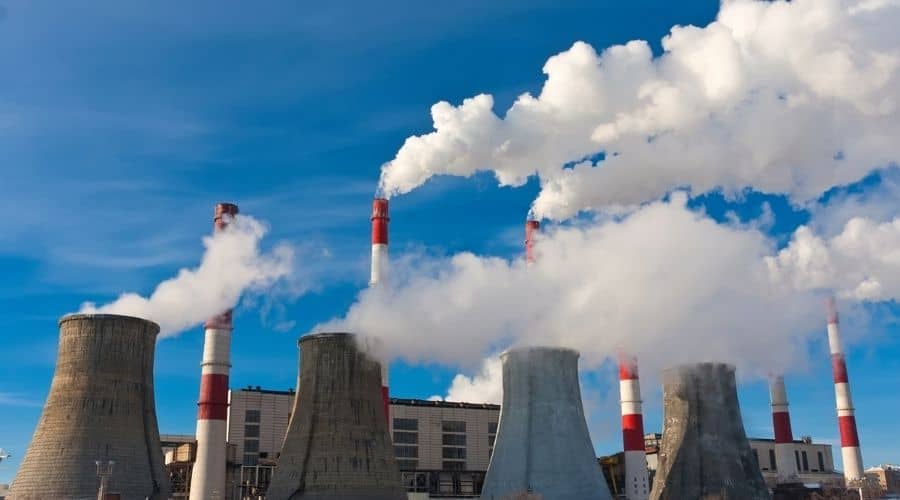 Air is all around us. We breathe it in every second. We need it to survive. But did you know that air pollution is one of the most serious problems in the world?

The more we pollute the air, the more human health, animals, and the environment are at risk of harm. Now’s the time to take action and fight to protect the air we need for survival.

If we want to reduce our own impact, we must start by understanding what air pollution is, the causes of air pollution and look for simple, immediate ways we can begin to reduce it.

What is Air Pollution and Why is it a Big Problem?

First, what exactly is air pollution? In simple terms, air pollution is the release of pollutants into the air.

A pollutant is any chemical, physical or biological agent that modifies the natural characteristics of the atmosphere. These pollutants are detrimental for us humans but also for plants and animals. Needless to say, they also cause irreparable damage to our natural environment.

There are two main types of air pollution: man-made and natural causes. Let’s take a look at each:

The cause of natural air pollution is natural cycles such as biological decay and volcanoes release natural sulfur dioxides and nitrogen oxides, affecting air quality in negative ways.

Other natural causes of air pollution are natural sources of particulate matter like volcanoes and dust storms, volatile organic compounds, and pollen.

Climate change has also caused an increase in wildfires. Wildfires cause increased PM2.5 in the air colliding with other harmful substances like chemical gas and pollen, creating the disgusting smog (smoke-fog) we often experience in our big cities

What Are the Effects of Air Pollution?

Air pollution is slowly killing the planet and its inhabitants. That’s not an exaggeration. That’s cold, hard facts. Let’s take a look at some of the most common air pollution problems:

Air pollution is one of the biggest causes of human death. Each year it causes more than 6 million premature deaths, due to heart attacks, strokes, diabetes, and respiratory diseases. That’s more than the deaths caused by AIDS, tuberculosis, and malaria combined. Woah, isn’t that just bonkers?

If that wasn’t bad enough, air pollution can also cause long-term damage to your nerves, brain, kidneys, liver, and other organs. Prolonged exposure to this awful pollution in the air also causes nose, throat, eyes, or skin irritation, as well as headaches, dizziness, and nausea. Sounds fantastic – not!

While we’re all at risk of the effects of air pollution, children, the elderly, people with existing diseases, and minority and low-income communities are particularly vulnerable to pollution. Exposure to air pollution can also worsen chronic conditions like asthma, heart disease, and lung disease.

Just like humans, animals are also affected by high concentrations of air toxins. Air pollution has been connected to birth defects, reproductive failure, and disease in animals.

If that doesn’t make you sad enough, air pollution also causes changes in both physiology and behavior in toads and other amphibians. Ozone impairs their immune systems just as it does in human beings.

Speaking of fish, their population is also dwindling. As acid rain falls in rivers and streams the pH levels rise killing the fish as they’re sensitive to pH fluctuations. Acidic rivers and streams can also cause respiratory distress in fish. 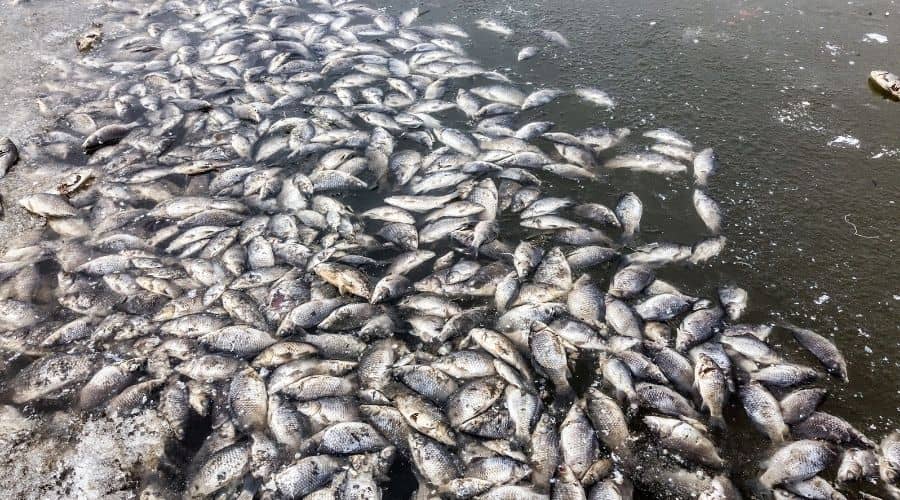 How Does Air Pollution Affect the Environment?

When it comes to the rest of the environment, air pollution is undoubtedly wreaking havoc there too. Pollution contaminates our water bodies and soil. This then kills crops or reduces their yields. It also kills young trees and other plants.

Coal-powered plants and cars release sulfur dioxide and nitrogen oxide particles in the air. They then create acid rain when they mix with water and oxygen in the atmosphere. The acid rain damages plants by changing soil composition; degrades water quality in rivers, lakes, and streams; damages crops; and can cause buildings and monuments to decay.

Air pollution is also causing ozone layer depletion. Ozone forms a layer in the stratosphere that protects us, animals, and plants, from the sun’s harmful ultraviolet (UV) rays. But man-made chemicals including chlorofluorocarbons, hydrochlorofluorocarbons, and halons, are slowly eating away at the ozone layer. Increased amounts of UV radiation can lead to more cases of skin cancer, cataracts, and impaired immune systems. It can also damage sensitive crops, such as soybeans and reduce crop yields.

Large amounts of harmful greenhouse gases such as carbon dioxide and methane are causing damage to crops and trees. They are also causing reductions in agricultural crop and commercial forest yields, reduced growth, and survival of tree seedlings. We’re now seeing an increase in plants’ susceptibility to disease and pests.

Greenhouse gases are causing the earth to warm up more each year, which could significantly impact human health, agriculture, water resources, forests, wildlife, and coastal areas.

Consequences of Air Pollution (if We Don’t Take Action)

Are you depressed yet? We sure are! Numerous studies show that the impact of increasing air pollution is more dangerous than we can even imagine! Experts believe that if we don’t come up with drastic air pollution solutions by 2030, the air will become so poisonous that we’ll have to use an oxygen kit to breathe easily.

Doesn’t that scare you?

But wait, there’s more (unfortunately). Increased air pollution will also lead to premature aging and even more cases of cancer and heart disease. Not surprising, really.

Scientists also believe that the average temperature will rise by an additional one degree Celsius in the next four years and by three degrees Celsius by the end of the 21st Century. One and three may seem like small numbers but when we’re talking about the earth’s temperature they’re actually pretty devastating numbers.

You see, as temperatures increase, we’ll have more melting ice, higher sea levels, more heatwaves, and other extreme weather conditions. You may have to forget about snorkeling and deep-sea scuba diving. Aquatic life is also predicted to decline over time due to the depletion of the ozone layer and the rising temperatures.

Air Pollution Solutions: What You Can Do to Reduce it

Seeing as the most significant cause of air pollution is us—humans— there must be something you and I can do to reduce air pollution? There is!

Here are some simple steps you can take in your everyday life to start reducing your impact on the quality of the air we’re all breathing.

Change begins with us and with our own habits. Here are some ideas to reduce your own impact on air pollution:

Our homes can be a big contributor to air pollution. To reduce this, try your best to conserve energy at home, at work, and everywhere you go.

Try simple practices such as turning off the light when you leave a room, unplugging appliances when they’re not in use, and using energy-saving appliances and fixtures. The less energy you use, the less electricity you’ll need, and hence fewer fossil fuels are burned.

As you already know, fossil fuels are killing the earth in more ways than one. When burned, they are extremely polluting. If you can switch to solar power, or at the very least, consume power more mindfully, it’s a great step in the right direction.

Use your car less

As noted earlier, cars are also a huge source of air pollution. To minimize pollution, you could carpool, use public transportation, bike, or walk whenever possible. Try and combine as many errands as you can to reduce the number of trips you have to take in your car. By driving less, you will be using less gas, and you know what that means; less polluted air. 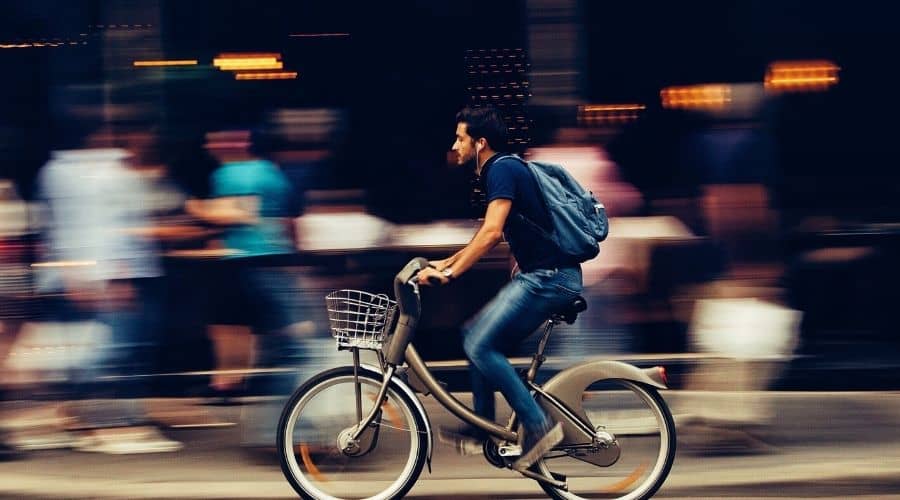 Many cleaning products also contain toxic chemicals that pollute the air. Your favorite cleaning detergent may do a great job in cleaning your home, but could also be emitting toxins into the air. Use environmentally safe, green cleaning products whenever possible, to clean your home so that you can have both a clean home and air.

Use your voice to champion for clean air

In addition to your own habits, we must also advocate for big-picture change. After all, the people in power have the most power to effect big changes. We must use our voices to campaign for changes for better, cleaner air.

Be at the forefront of championing clean air by taking action within your community. Find and advocate for ways to reduce air pollution. Many of the current air pollution solutions result from individuals coming together to demand change from our leaders.

At the very least, you can start having conversations within your community and friends and family about how bad air pollution is becoming.

Clean air is essential if we want to continue enjoying a healthy life. The animals need it too, otherwise, we may soon have animal parks and zoos without animals. Horrifying thought isn’t it?

In short, we’re all at risk if air pollution continues to rise. To save our beloved planet, we all have to act to make sure we reduce air pollution.

Sometimes it may be unclear how to commit to an environmentally friendly lifestyle. If you want to contribute less to air pollution but don’t know where to start, check out this guide: How to Be More Eco-Friendly: 105 Ways to Live an Environmentally Conscious Lifestyle.