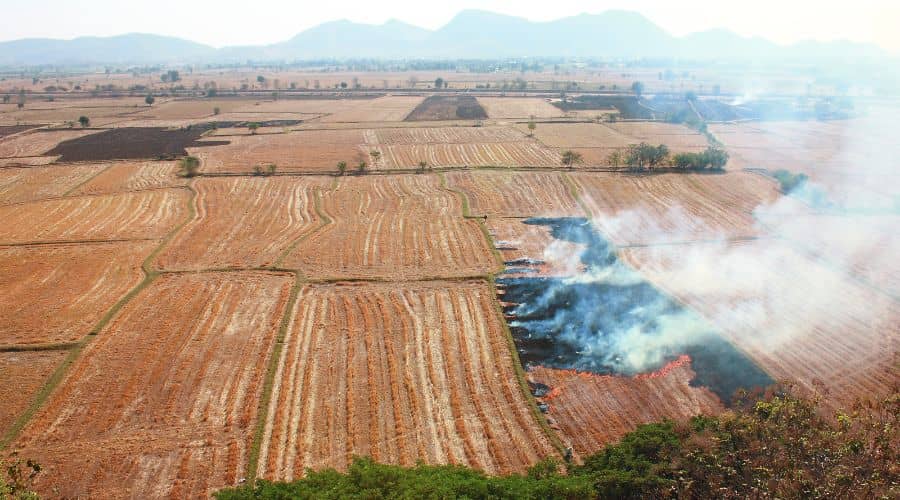 From erratic rain patterns to hotter summers than ever to increased floods and hurricanes to higher rates of animal extinction and more people dying from hunger, we are currently grappling with numerous environmental issues.

Since the Industrial Revolution, the extraction and processing of raw materials have altered the environment. It’s facing many problems that need to be solved for the planet to heal.

Environmental issues today are complex and interconnected. They impact every organism on the planet. If we don’t unite and do everything we can, we’ll lose our world faster than we can imagine.

To start healing the earth, we first need to understand what’s ailing it. Below, we examine some of the most pressing global environmental issues.

So when we talk about environmental problems, what exactly are we referring to? We highlight the most significant issues that need immediate intervention:

Plastics are everywhere. Just look around; there’s something plastic near you. Whether in your office, your home, the beach, or the road next to your house, there’s plastic everywhere. While plastic items are cheap and convenient, plastic waste is today’s most significant global environmental issue.

The high demand for disposal products has led to an increase in plastic. Since plastic is non-biodegradable, it accumulates in the environment. Plastic contains chemical additives that are harmful to humans and animals. People are also ingesting microplastics putting their health at risk.

Plastics kill millions of animals every year through strangulation and starvation. Oceans and waterways are chockful of plastic debris. The chemicals from the waste pollute water. Burning plastic products poisons the air by releasing harmful chemicals.

The plastic problem is indeed a big one, and if we don’t do more to reduce our plastic use, our planet will be entirely consumed by plastic by 2050.

Related article: Plastic Pollution Causes & Effects: What Are the Solutions to Stop it?

10% of the world’s landmass is covered in ice. Ice caps and glaciers are critical because they cool our planet by reflecting excessive heat. Imagine a hot summer afternoon, you’ve just returned from a trip to the store in the burning heat, and you open your fridge for a cool drink. Then the cool air hits your face. That satisfying cooling effect you feel is similar to what ice caps and glaciers do to the planet.

Many glaciers around the world are now melting. This is due to the rise in global temperatures caused by the emissions of greenhouse gases. 95% of the oldest and thickest ice in the arctic is already gone. The earth is losing a trillion tons of ice every year. Glaciers are melting into the sea, causing a rise in sea levels. Weather patterns are being disrupted, affecting the food supply for humans and animals. The more the ice melts, the worse the disruption. 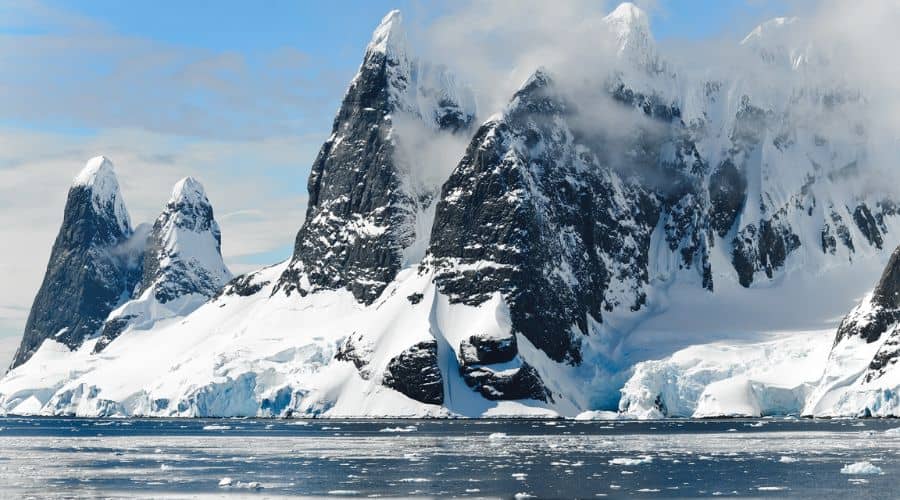 Biodiversity loss is the decline of nonhuman species such as plants, animals, and insects worldwide. For us (humans) to continue surviving, we need a healthy ecosystem that provides clean air, water, and food. The more biodiversity loss happens, the more these life-sustaining functions are disrupted.

Habitat loss and degradation are reducing food supply and living space for organisms. Overexploitation of natural resources has caused a decline in the populations of animals and plants. Pollution from industrial activities is poisoning the environment and killing species. Today an estimated one million species are facing extinction.

The term global warming is being thrown around daily. But do we really understand what it is and its repercussions? Global warming is the increase in the earth’s temperature. This is due to the release of greenhouse gases which trap heat in the atmosphere. Human activities are directly responsible for global warming. Burning fossil fuels and other industrial activities have caused the emission of gases such as carbon dioxide.

Global warming has resulted in some of the hottest years in the 21st century. The rise in temperatures is causing longer and hotter heat waves, frequent droughts, floods, and hurricanes. Glaciers are disappearing, sea levels are rising, and habitat loss and pandemics are now the norms.

Related article: What Is Global Warming? Causes, Effects, and Solutions

Deforestation is the decrease in forest cover around the world. This is due to agriculture which causes almost 80% of global deforestation. Forests are cleared to make way for infrastructure.

It may not seem like such a big issue, but when people cut down trees faster than they can grow them, millions of species, including humans, lose their homes. With this loss comes more reduction in biodiversity.

Deforestation threatens the livelihood of 1.6 billion people globally who depend on forests. Cutting down trees leads to soil erosion, reducing soil’s nutrients. Forests absorb carbon dioxide. Deforestation, therefore, leads to the retention of carbon dioxide from the environment leading to global warming.

Air pollution is the release of pollutants into the air. These pollutants are detrimental to humans, plants, animals, and the environment. Air pollution is caused by burning fossil fuels, industrial emissions, agriculture, and transportation.

Air pollution is responsible for millions of premature deaths yearly. Animals suffer from illnesses and birth effects due to air pollution. Pollutants in the air cause acid rain, damage plants, and poison water sources. The emission of greenhouse gases is causing global temperatures to rise.

Here’s another buzzword: Climate change. But no, it’s not just a buzzword. Climate change is already here and already impacting the world. The temperatures are warmer, and the weather patterns have become erratic. This has resulted in intense droughts, frequent wildfires, water scarcity, flooding, animal extinction, and rising sea levels.

Human activities—such as manufacturing and transporting various goods—are the primary drivers of climate change. The more we burn fossil fuels, the more greenhouse gases are emitted into the atmosphere. These gases act like a blanket, trapping heat near the earth’s surface. Greenhouse gas concentrations are at their highest in 2 million years.

We need heat energy to meet our electricity needs, power our vehicles, and warm our homes. People have been burning fossil fuels such as oil and gas as the primary source of this energy for the past century. While this is a process used to meet a genuine need, burning these fuels emits carbon dioxide, which makes up 65% of the greenhouse gases that contribute to global warming.

Another issue with fossil fuels is that you need massive tracks of land to extract them. Forests and other habitats are destroyed to expose underground coal or oil. 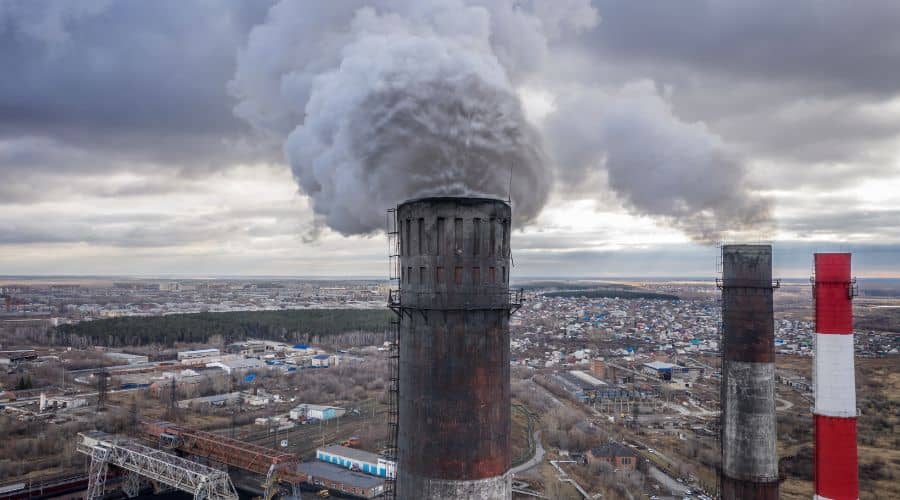 How often have you thrown food in the bin even after swearing that that’s the last time? It may seem like a harmful habit, but food waste is a major environmental issue, especially when 800 million people go hungry every night.

Between 33-50% of all food produced globally ends up in the trash. 50% of this food is from our homes.

The sad part is that much land and water are used to produce food left uneaten. A lot of carbon dioxide is also produced during food processing, and when the food is thrown in the trash, it emits methane. These greenhouse gases get trapped in the atmosphere contributing to climate change.

Sea levels have increased by 8-9 inches since 1880. This rapid increase is primarily due to global warming. Global warming causes glaciers and ice sheets to melt, and water rises. The melting also results in warmer oceans leading to thermal expansion. As the oceans expand, coastal communities experience chronic flooding.

Sea levels are projected to rise by 6–10 inches by 2030 and 14-16 inches by 2050. These sea levels are expected to cause up to 60% of America’s oceanfront communities to experience chronic flooding. It will also submerge and erode wildlife habitats, leading to massive animal and marine wildlife loss.

Ocean acidification is the process in which the oceans become more acidic due to the increased uptake of carbon dioxide. Our oceans are now 28% more acidic than in the 1700s.

The leading cause of ocean acidification is the burning of fossil fuels. Burning fossil fuel releases billions of tons of carbon dioxide into the atmosphere. The excess carbon dioxide is then absorbed into the oceans, causing a drop in pH. If we don’t intervene, there could be an ecological collapse in the world’s oceans, and many marine species could go extinct.

The human population is growing by the day. This population comes with increased needs, among them food. The high demand for food had led to agricultural companies practicing intensive farming.

Industrial farming leaches the soil of its fertility. Pesticides, insecticides, and herbicides cause the deaths of plants and animals. Industrial agriculture is believed to be a significant emitter of greenhouse gases—more than the transportation industry. 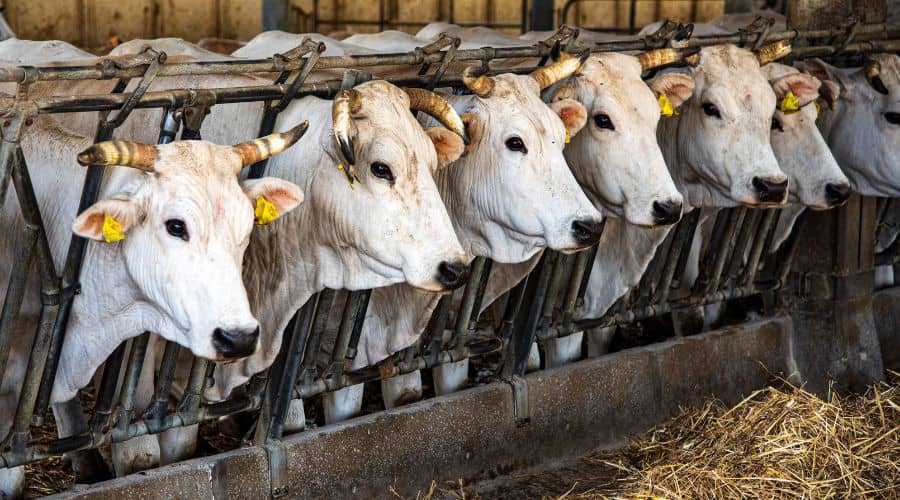 You’ve probably never had to go a day without drinking water, so it’s understandable if you’ve not paid too much attention to water scarcity. The grim reality is that billions of people experience water shortages.

Water scarcity leads to the premature deaths of humans and animals. It destroys ecosystems as water is necessary for animals and plants to live.

Other Problems With The Environment

Overfishing is the practice of catching more fish than the population can replenish naturally. This practice is a big problem because it disrupts ocean ecosystems. It also affects billions of people who rely on seafood as either a source of income or food. Without intervention, overfishing will cause food insecurity for humans and cause the extinction of animals such as sharks and whales due to lack of food.

While animal extinction is a natural process that will always occur as long as there’s life on earth, the current rate at which species die is worrisome. Animals are currently going extinct 1,000–10,000 times more than usual.

Every species plays a role in an ecosystem, so ecosystems get altered when extinction happens. The death of one species has a domino effect on the rest of the ecosystem. Mass extinction alters food production as 75% of all crops are pollinated by animals and insects.

Habitat loss caused by human activities is the most significant cause of animal extinction. Climate change and invasive species kill many animals every year.

The production of textiles uses chemicals like petroleum. It also requires the use of large amounts of water.

Textile and fashion waste causes numerous environmental issues. The industry is responsible for 10% of greenhouse gas emissions and 20% of global wastewater. The disposal of textiles pollutes the environment, degrades ecosystems, and clogs waterways.

The ozone layer absorbs 97-99% of the harmful ultraviolet radiation coming from the sun. This layer has been thinning gradually due to toxic chemicals released by human activities. These chemicals destroy the ozone molecules faster than they’re produced.

There are more people than the planet can support. The global population has been increasing at an unsustainable rate for centuries. This is thanks to falling mortality rates, technological improvements, and poor contraceptive use.

Overpopulation has caused several environmental concerns, such as depletion of natural resources, habitat loss, and high consumption of fossil fuels. Meeting the demand of an ever-growing population has altered the environment for the worse.

Environmental issues facing the world can be depressing to think about. It seems everywhere we look, there’s a new issue cropping up. We shouldn’t despair, though. There are solutions to these environmental challenges. We just need to educate ourselves on the issues affecting our planet and then do our part to curb them.