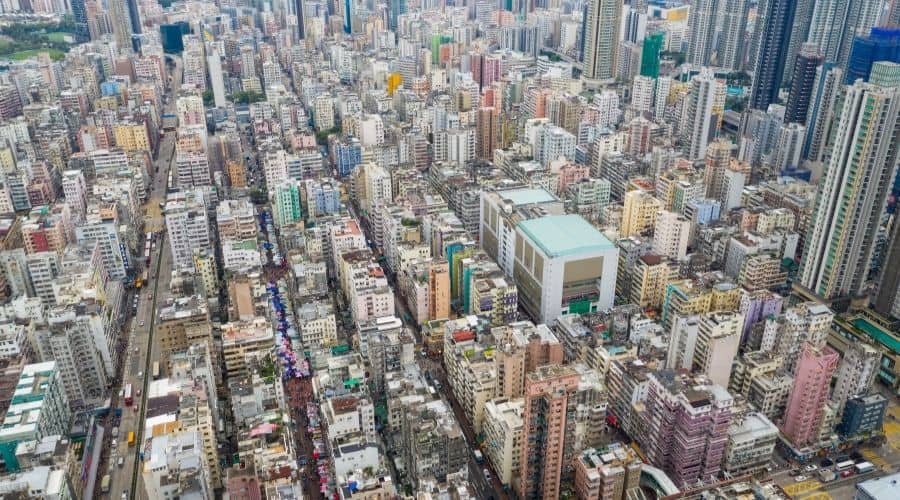 Overpopulation is a problem that needs to be addressed worldwide. Advances in medicine and technology have led to an unsustainable explosion in population. Too many humans on this planet puts a strain on the environment, contributing to its deterioration. Going by the latest overpopulation statistics, it’s clear that its effects are already being felt all over the world.

Let’s take a look at some overpopulation facts and statistics.

1. Natural resources are being depleted too fast

The world is running out of limited natural resources such as water, arable land, fossil fuels, and minerals. A larger population than the environment can support has led to overconsumption. The average person consumes at a rate that is 50% above a sustainable level.

2. The quality of life is on a decline

Overpopulation causes a strain on the environment and its resources. As the population grows, demand exceeds supply. Resources like water, food, and housing become less accessible. Consequently, the quality of human life declines.

Food scarcity caused by overpopulation has led to 821 million people going to bed hungry. The number is expected to exceed 840 million by 2030. 1 in 3 people suffers from malnutrition.

Over 750 million people don’t have access to safe drinking water. By 2025, more than half the world will be facing water vulnerability. By 2050 water demand will exceed supply by 50% in some regions.

Population growth has led to the overconsumption of fossil fuels. As such global greenhouse gas emissions and environmental pollution are worsening.

7. Life expectancy is on the rise

8. The world is aging

9. It took 40 years for the world population to double

The world population stood at 3 billion in 1960. By the year 2000, the population was 6 billion. The growth rate is fast compared to previous centuries. The world gained 1 billion people between 1800 and 1900.

10. It takes a dozen years for an increase of a billion

11. The US population tripled in the 20th century

The world would have 3 billion fewer people if every woman had access to higher education. There is a link between higher education and lower fertility rates. Education helps with family planning, and it reduces early pregnancies.

There are 7.8 billion people today. The world population is growing at 83 million people per year. That is a growth rate of 1.1%.

15. The most significant contributor to population growth is Africa

Africa’s population will double between 2017-and 2050. Half the additional 2.2 billion people in the world will come from the continent. Asia will be the second most contributor, adding 750 million people.

16. The US is among the 9 countries contributing the most to the population growth

The world is expected to gain over 3 billion people between 2020 and 2100. Half of that number will come from the United States, Nigeria, Angola, Ethiopia, the Democratic Republic of Congo, Pakistan, India, Indonesia, and Tanzania.

17. The rate of population growth has slowed down

18. Not all countries will see their population grow

83 countries have a fertility rate below the level required to replace the population. Europe will be the only region whose people will be smaller in 2050 than in 2017.

Which Countries Are Facing Overpopulation?

What Is the Maximum Population the Earth Can Sustain?

Many scientists believe that the earth can sustain between 9 and 10 billion people. The calculation is based on the planet’s available resources.

When Will the World’s Population Peak?

These overpopulation facts paint a picture of what overpopulation is and why it is a concern. Now is the time for us to adopt sustainable living. We can do this by changing our consumer behavior, turning to renewable energy, and reducing waste production.

Want to learn more about overpopulation, its causes, and solutions? Check out our other article on The World Overpopulation Problem: Causes, Effects & Solutions.