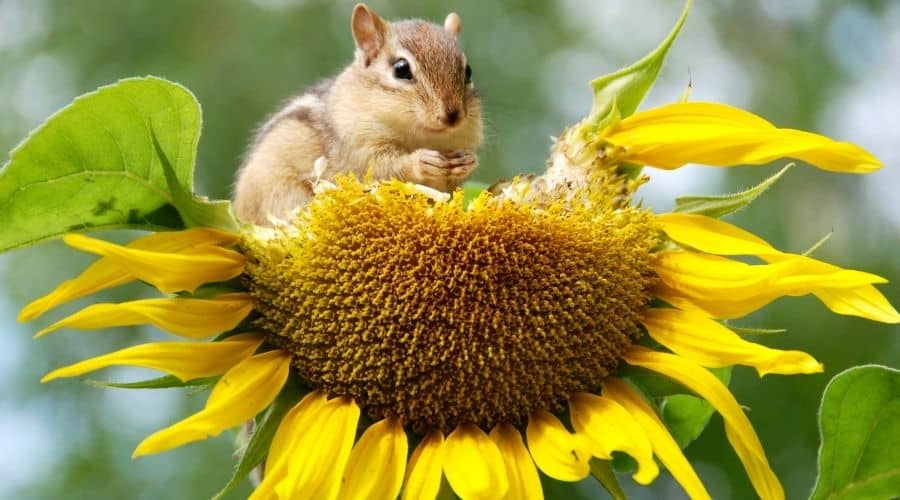 How many varieties of fish can you name? How about insects? Or maybe bananas? We bet, just a handful. If you’re like most of us, you barely know the variety of species that exist on earth.

But why should you even care about these various species?

There is immense variety and richness of life on Earth. But this life is under threat of extinction due to biodiversity loss. Biodiversity (biological diversity) refers to the distinctiveness of life in all its forms—species, genetic variations within one species, and of ecosystems.

Still feeling a little confused? These 18 biodiversity facts will help you understand biodiversity better and see the effects of its loss—hopefully, convince you that we all need to do something to curb this loss.

The world is currently experiencing the sixth mass extinction event. More than one million animal and plant species are under threat of extinction.

3. Species are becoming extinct at an alarming rate

Biodiversity experts assess the rate at which species are becoming extinct at 1,000 to 10,000 times higher than the natural rate would be.

4. Over 12,000 species are threatened with extinction

IUCN, the World Conservation Body, estimates that about 12,259 species are threatened with extinction. However, these are only the tip of the iceberg because nobody knows for sure how many species there are on Earth, let alone how they are doing.

According to loss of biodiversity statistics, the world has lost one-third of all coral reefs. At the same time, another third is seriously damaged and threatened with extinction.

6. Extinction threatens more than a third of all marine mammals

Biodiversity loss statistics show that this negative trend may continue even till 2050 and beyond. The trend will only reduce when we make transformative changes that affect land use, exploitation of animals, and climate crises.

7. Humans and human activities are the greatest threat to biodiversity

Plant and animal species worldwide are threatened by humans and human activities. Population growth, overexploitation and depletion of natural resources, urban sprawl and construction of roads, rail, and other infrastructure, as well as pollution, are among the top threats to biodiversity.
8. Europe is home to the highest proportion of species at threat of extinction
Hundreds and thousands of species can be found in Europe. However, these species are at greater risk of extinction compared to species in other parts of the world. According to biodiversity facts, this is due to the population growth and industrialization in the last couple of hundred years.

9. Domesticated mammals at threat too

More than 9% of all domesticated breeds of mammals used for food and agriculture were extinct by 2016, with at least 1,000 more threatened species.

10. Even insects could be extinct soon

Around 10% of insect species are now threatened with extinction.

11. Wildlife populations are declining at a rate of 1% per year

Loss of biodiversity facts shows that, on average, global wildlife populations declined by 60% between 1970 and 2014.

12. 83% of freshwater species are extinct

The population size of freshwater species is believed to have declined by 83% since 1970.

1. There are about 8 million animal and plant species on Earth

There are approximately eight million animal and plant species on Earth. 5.5 million of these species are insects.

2. The world has 5.9 million terrestrial species

It is estimated that there are 5.9 million terrestrial species over the world. More than 500,000 of these live with insufficient habitat for long-term survival.

3. One-fifth of all species are in Africa

Information about biodiversity indicates that an estimated one-fifth of all known species of mammals, birds, and plants can be found in Africa.

4. The equator has the most diverse species

Fun facts about biodiversity show that areas near the equator tend to be more diverse because of the pleasant climate.

5. The more biodiversity we have, the safer we are from disasters

Disasters tend to ruin an ecosystem, but the ecosystem recovers quickly if biodiversity is high. One way to increase biodiversity we need to preserve species and their habitats.

Why is Biodiversity Important?

Humans are dependent on biodiversity for food, medicines, raw materials, and many other goods and services that we need. Forests, for example, provide us with wood, oxygenate the air, purify water, prevent erosion and flooding, moderate climate, and more. About 10,000 to 20,000 plant species are used in medicines worldwide.

What is Loss of Biodiversity?

Loss of biodiversity is the decrease in the number, genetic variability, and variety of species and the biological communities in a given ecosystem, geographical area, or Earth as a whole.

What is the Single Greatest Threat to Biodiversity?

People and their activities are the greatest threat to biodiversity. The more the population grows, the more we consume natural resources. This, in turn, places enormous stresses on natural ecosystems and species within them.

These biodiversity facts clearly indicate just how grim biodiversity loss currently is. If we don’t do anything soon, our life and well-being will be affected significantly since we need food and energy to survive. However, if we act quickly and wisely, we can stem biodiversity loss.