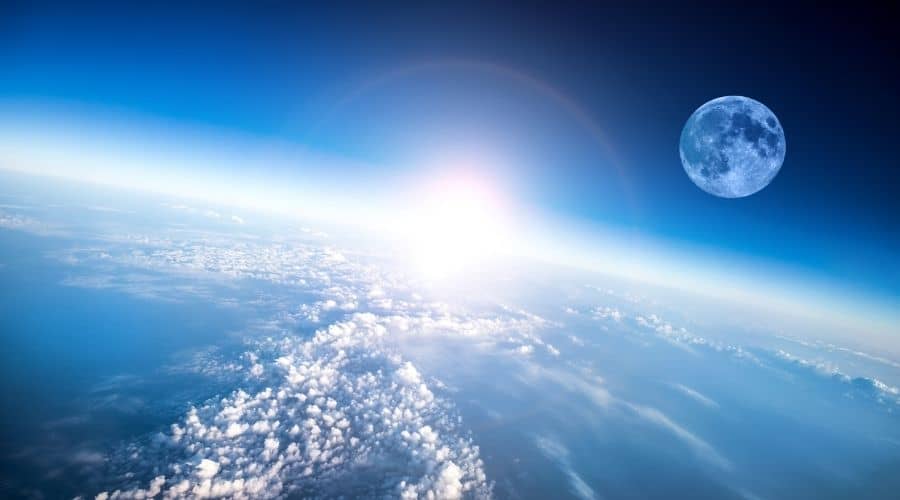 The ozone layer is a critical element in life on earth. However, humans don’t seem to know this. So despite attempts to reduce the effects of chemicals and pollution on the ozone layer, we continue to harm it.

These ten ozone layer facts can help you understand what the layer does for us and why we need to save it from further depletion desperately.

Facts About The Ozone Layer

1. Who discovered the ozone layer?

Swiss chemist Christian Schonbein discovered the ozone layer when he identified a component that can be produced quickly by an arc welder or a spark plug and named it Ozone because of its strong odor. However, French scientists Henry Buisson and Charles Farby are accredited with discovering the ozone layer. The two conducted the first measurement of the Ozone layer in Europe in 1913.

3. Where the ozone layer is found

The ozone layer is one of the layers in the earth’s atmosphere, contained primarily within the stratosphere’s layer. It lies at a distance of between 10 to 20 miles from the earth’s surface.

According to facts about the ozone, the ozone layer is only about 30 miles thick in its thickest places.

5. Sunburns would be way worse without the ozone layer

The ozone layer filters out most of our sun’s ultraviolet radiation, keeping it from penetrating all over the Earth. Without the ozone layer, your sunburn could be way worse and more unbearable. Besides sunburns, UVB radiation can cause immune system suppression, cataracts, genetic damage, and skin cancer.

6. Ozone layer keeps us from freezing or overheating

The ozone layer helps to regulate the temperature of the earth’s atmosphere, preventing overheating or freezing. It also keeps out UV radiation and retains enough warmth to keep the earth’s plants and animals alive.

1. Humans leading in the depletion of the ozone layer

2. chlorofluorocarbons (CFCs) are the number 1 cause of ozone layer depletion

When chlorofluorocarbons (CFCs)—found in solvents, spray aerosols, refrigerators, and air-conditioners— are a major massive cause of ozone layer depletion. When CFCs are released into the atmosphere, they are broken down by intense UV radiation, and the CFC molecule releases atomic chlorine. According to facts about ozone depletion, one chlorine atom can destroy over 100,000 ozone molecules.

3. Massive depletion of the ozone layer over Antarctica

Ozone depletion facts show that over 60% of the ozone layer over Antarctica has been depleted.

4. It’s possible to save the ozone layer

If we stopped using all the chemicals that deplete the ozone, it would eventually heal itself in approximately 50 years.

Is There a Hole In the Ozone Layer?

Facts about the ozone hole show that the ozone layer ‘Hole’ isn’t an actual hole, but it refers to a loss of 60% of the ozone usually present from September to November each year.

Where is the Hole in the Ozone Layer?

What Causes the Depletion of The Ozone Layer?

Facts about the ozone layer show that depletion of the ozone layer is caused by the release of chlorofluorocarbons (CFCs) and other ozone-depleting substances (ODS). When CFCs reach the stratosphere, they’re broken down by the sun’s ultraviolet radiation and release chlorine atoms, which deplete the ozone layer. One chlorine atom can break apart more than 100,000 ozone molecules.

If you didn’t know much about the ozone layer, now you do. We hope these ozone layer facts explain just how important it is and clearly show the damage we’re causing. Hopefully, you’ll play your part to stop further ozone layer depletion.