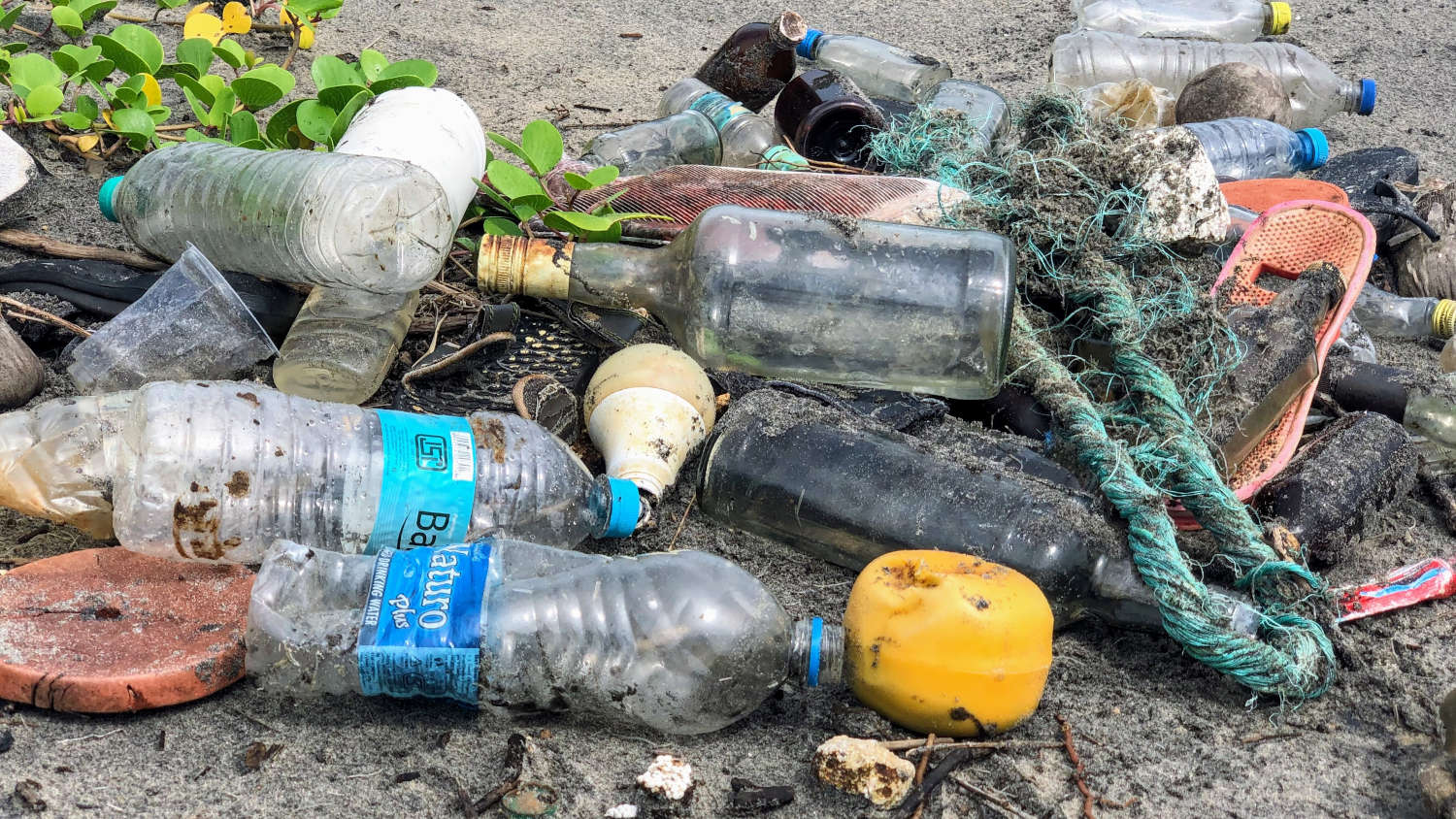 Bottled water is now a regular and popular commodity. In fact, it’s a multi-billion dollar industry.

While most of us drink bottled water because we believe it’s cleaner and safer than tap water, the majority of people do it because of convenience. Plastic water bottles can be purchased just about everywhere.

What most of us are oblivious to is the plastic water bottle pollution that we cause every minute we buy yet another bottle of water.

If you knew the problems plastic water bottles cause,  you may never buy another bottle of water again.

To say that plastic water bottle pollution is bad is indeed an understatement. Below is a list of water bottle waste statistics listing the extent of this kind of pollution:

So when we say plastic water bottle pollution is bad, just how bad is bad?

1. 1,000 Americans open a bottle of water every single second and by the end of the year, an estimated 50 billion plastic water bottles are bought in the US every year.

2. In the UK,  around 13 billion plastic bottles are used every year.

3. Americans drink more bottled water than milk or beer a year. Their bottle water consumption increases by 10 percent each year.

5. It takes 40,000 18-wheeler trucks to deliver bottled water every week in America.

6. Using bottled water for a year costs about $346, but the same amount of tap water costs only be 48 cents.

7. Americans throw away 2.5 million plastic bottles every hour. That’s about 42,000 water bottles waste per minute or 695 per second.

8. There are more than 2 million tons of discarded water bottles in landfills across the U.S.

9. Each plastic water bottle takes up to 1,000 years to decompose. These bottles leak harmful chemicals into our environment as they decompose. These chemicals are believed to cause a variety of health issues, including reproductive problems and cancer.

The Problems With How Water Bottles Are Made

10. To make one water bottle, you need 3 times the amount of water needed to fill that bottle up.

11. Plastic water bottles are made from polyethylene terephthalate (PET), a petroleum product. PET requires giant amounts of fossil fuels to make and transport.

12. Producing bottled water requires 17 million barrels of oil a year. That’s slightly more than you would need to fill one million cars for a year with fuel.

14. PET bottles are safe only for single use only. Continuous use causes them to leach chemicals into the water. These chemicals such as DEHA might cause cancer, and benzyl butyl phthalate (BBP), which might disrupt hormones.

15. Plastic, including water bottles, is listed as the number one threat to the marine ecosystem.

16. Birds, mammals, and sea turtles sometimes ingest bottle caps they encounter in the wild, and are injured or die.

17. There’s an area in the Pacific Ocean the size of Texas – known as The Great Pacific Garbage Patch – which is composed of plastic.

18. One sad effect of plastic water bottles on the environment and our animals is that 100% of baby sea turtles have plastic in their stomachs.

How many plastic water bottles are used each year?

How many plastic water bottles does one person use each year?

The average American is believed to use 167 plastic water bottles per year.

How many plastic bottles are in the ocean?

The full number of plastic bottles in the ocean is not known, but out of the 500 billion used worldwide every year, more than half end up in oceans and landfills.