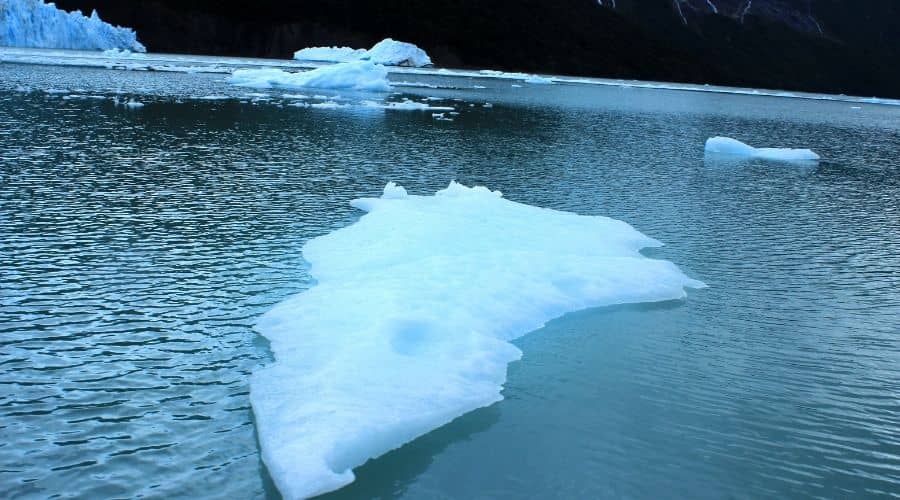 Ice caps reflect excess heat back into space and keep the planet cooler. It’s natural for ice caps to melt. The melting is counteracted by falling snow that is compacted into ice restoring the surface area of the glacier. However, with global warming occurring rapidly, ice caps and glaciers are melting much faster than they can be replenished.

This sporadic melting is causing a huge impact on human life, animal life, and the environment. It’s important that we fully understand the gravity of the situation to see why we need to reverse the situation.

These 15 polar ice caps melting facts will give you great insight into how much ice we’ve lost and continue to lose and the consequences.

1. Ice sheets in Greenland and Western Antarctica are losing huge amounts of ice every year

According to glaciologists at the Alfred Wegener Institute in Bremerhaven, Germany ice sheets in Greenland and Western Antarctica are losing about 120 cubic miles of ice per year. The ice sheet loss in West Antarctic has tripled and the volume of loss in Greenland has doubled since 2009.

Facts about ice caps melting from a study by researchers at the University of Colorado show that from January 2003 to December 2010, ice cap melting contributed to a 1.06-millimeter rise in sea levels.

If we don’t cut down our carbon emissions significantly, scientists predict that there could be a rise in sea levels that would leave 400 million people exposed to coastal flooding each year by the end of the century.

4. We lose Arctic sea ice at a rate of almost 13% per decade

Ice caps melting facts indicate that Arctic sea ice is lost at a rate of almost 13% per decade. The oldest and thickest ice in the Arctic has declined by a stunning 95% over the past 30 years.

Glaciers melting facts indicate that if green gas emissions continue to rise unchecked, the Arctic could be ice-free in the summer by 2040.

With so much sea ice lost in the waters around the North Pole in recent years, nations are beginning to use these newly opened water lanes for shipping. These routes may be time-savers, but incredibly dangerous and could lead to more shipwrecks or oil spills.

7. How are ice caps formed?

Ice caps are formed when snow that falls builds up and does not melt in the warmer weather. With time, the layers of snow become layers of ice as they become compressed.

8. The two ice sheets on Earth cover most of Greenland and Antarctica

Approximately 90% of the world’s ice is located at the South Pole at Antarctica. This ice is about 7,000 feet thick.

10. 99% of the freshwater ice on Earth is found in the Antarctic and Greenland

Together, the Antarctic and Greenland ice sheets contain more than 99 percent of the freshwater ice on Earth.

11. The ice cap at Antarctica is as big as Mexico and the United States combined

The ice cap at Antarctica covers about the same amount of space as Mexico and the United States combined.

12. A slight increase in temperature can cause rapid havoc in the Arctic

According to polar ice caps melting statistics, a slight difference in temperature in the Arctic can be huge. For instance, if it goes from 31 Fahrenheit to 33 Fahrenheit, you’re going from ice skating to swimming.13. Polar caps are Earth’s refrigerators

80% of the sunlight that strikes the polar caps is reflected back out of our atmosphere cooling down the earth.

13. Scientists use the ice caps to learn about the earth’s history

Dust, gas, and other compounds became trapped in the ice over millions of years. Scientists harvest and study these compounds to learn about changes in the climate of the earth in the past.

14. The largest single block of ice in the Arctic is breaking into little pieces

The Ward Hunt Ice Shelf, the largest single block of ice in the Arctic—which has been around for the last 3000 years—started cracking in 2000 and is now breaking into little pieces.

Can We Stop The Ice Caps From Melting?

If these glaciers melting statistics are anything to go by, then we need to start paying attention to the effects of the ice caps melting. What can we do about such a big event?

Humankind has become dependent on the burning of fossil fuels to support our way of life. Unfortunately, this increases global warming at an unnatural rate causing glaciers to melt faster.

When it comes to carbon emissions, with just a few simple changes we can collectively help reduce the rate at which global warming is melting glaciers.

Make these few simple changes to your daily routine to lower your carbon footprint:

These may seem like such little changes but cumulatively and continuously, they make a big impact and they’ll go a long way toward reducing your carbon footprint and saving the glaciers.

What Percentage of the Ice Caps Have Melted?

According to polar ice caps melting facts, 95% of the oldest and thickest ice in the Arctic has melted over the past 30 years.

What Is the Cause of Melting Ice Caps?

What Happens if the Ice Caps Keep Melting?

If ice caps keep melting at the rate they currently are, we could soon have no ice caps and glaciers. The more we lose our ice caps the higher the global sea level will rise, leading to more floods and severe weather changes.