15 Sweatshop Facts & Statistics That Everyone Needs To Know 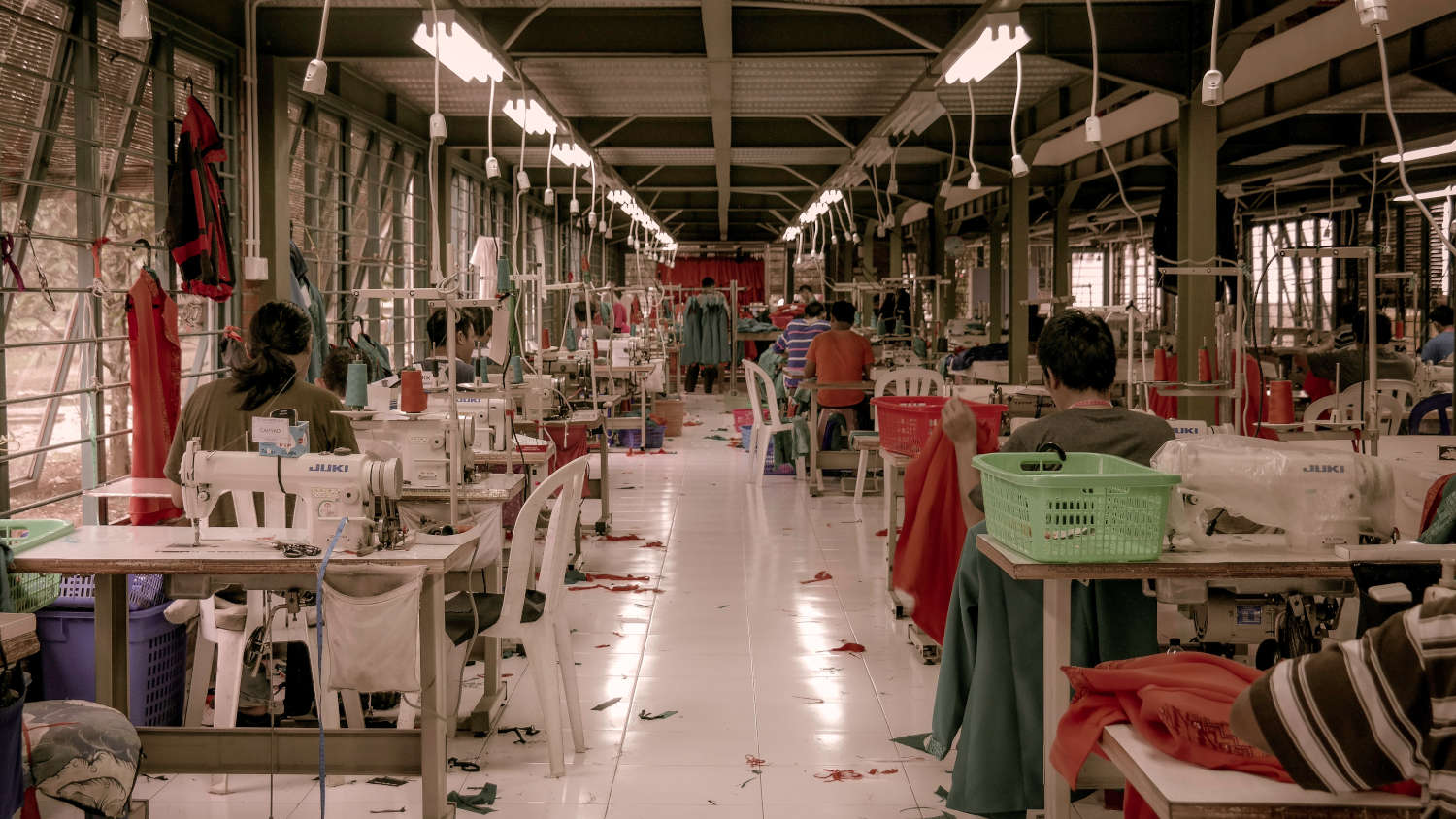 Who doesn’t love a good bargain? But did you know that that bag you got for cheap or the dress you got for $10 could be the reason why a factory worker somewhere sleeps hungry? The desire for the consumer to save money and the manufacturer’s greed to make huge profits has led to the creation of the modern sweatshop.

Sweatshops produce most of our everyday products such as clothing, toys, shoes, and furniture – including many designer brands. The US Department of Labor defines a sweatshop as a factory that violates two or more labor laws. Generally, sweatshops are characterized by low pay, long hours, and unhealthy working conditions.

The biggest issue with the modern sweatshop is that many consumers are not aware that they currently exist or just how bad sweatshop labor is. Let’s take a look at sweatshop facts to explain better just how bad the conditions are.

Sweatshops should really not exist in this day and age. But how do we eradicate them if we don’t even know that they exist?

To reduce this ignorance, let’s take a look at a few sweatshop facts to help you understand how bad the situation is and to give you the power to do something about it.

1. The history of sweatshops

The first organized sweatshops appeared in England during the Industrial Revolution. During this period (1830 to 1850) garments were being produced under brutal conditions to keep up with demand. This process was referred to as the Sweat System. ‘Sweaters’ were companies hired to establish the areas where clothing would be produced.

Products that commonly come from sweatshops are garments, cotton, bricks, cocoa, and coffee.

3. Sweatshops are the biggest promoters of child labor

There are an estimated 250 million kids working in sweatshops worldwide. In developing countries, an estimated 168 million children aged between 5 to 14 years are forced to work in apparel factories.

4. Sweatshops are killing kids by the millions

5. Women make up the largest number of sweatshop workers

85% of workers in sweatshops are young women aged 15-25 years old. Some employers force women to take birth control and routine pregnancy tests to avoid having to give them maternity leave or provide them with appropriate health benefits.

According to sweatshop stats, sweatshop laborers only make on average an income of 200$ a year. This is equivalent to 3 shifts at a minimum-paying job in North America.

7. A laborer needs to work 70 hours to earn an average income

An apparel worker in a sweatshop has to work 70 hours per week in order to earn the equivalent of the average income for their country.

9. Pay-related violation is high in the US

Research shows that more than 2/3 of US workers experience at least one pay-related violation every week. Assuming a full-time, full-year work schedule, workers in the US lose an average of $2,634 annually due to violations.

10. Sweatshops workers earn just 10 cents for a shirt that sells $60

According to sweatshop statistics, if the salary of sweatshop workers was to be doubled, the consumer cost of an item would increase by 1.8%, only. Ironically, consumers would be willing to pay 15% more to make sure a product did not come from a sweatshop.

12. The majority of garment factories in the U.S are breaking labor laws

Sweatshop laborers can be forced to work continuously for 48 hours straight without any breaks, including bathroom and lunch breaks. Only sleep breaks are allowed.

14. Sweatshops perpetuate poverty instead of alleviating it

Sweatshop wages are so little that people who are forced to work in them must spend the majority of their paycheck on food for their families to survive. The workers remain so poor that they have no choice but to keep going back to the sweatshops.

Sweatshops are defined as small manufacturing establishments employing workers under unfair and unsanitary working conditions. In the U.S., the Department of Labor defines a sweatshop as a factory that violates 2 or more labor laws.

Why Are Sweatshops Bad?

What Countries Have Sweatshops?

Sweatshop facts show that these factories are all over the world but mostly found in Central America, South America, Asia, China, India, and some parts of Europe as well. Other popular countries with sweatshops include Bangladesh, Haiti, Dominican Republic, Honduras, Nicaragua, El Salvador, Vietnam, Costa Rica, Indonesia, among many others.

The more fashion we consume the more sweatshops grow. As consumers, we have the power to make fashion brands man up and start paying attention to the needs of all their workers, including those in overseas factories.

If you and I take a stand to only purchase goods that have been created in conditions that are favorable to workers, we can put the sweatshops out of the business for good! Interested in supporting ethical fashion brands? Check out our review of the best ethical clothing brands.