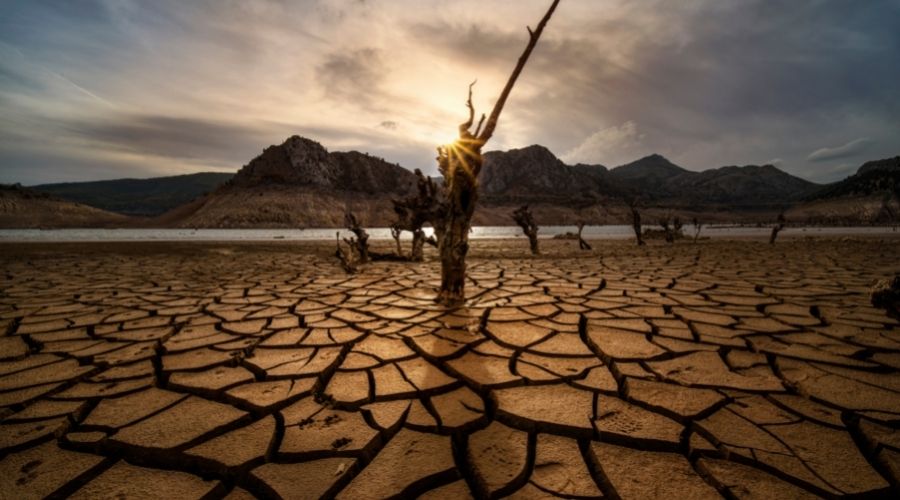 The world’s freshwater supply is limited. Water scarcity statistics show that a growing number of people face water scarcity. This happens when the water demand exceeds the supply. As time goes on, the water supply will continue decreasing while the demand grows. Large parts of the world will not have access to safe drinking water.

1. More than 700 million people have no access to drinking water

According to water crisis facts, over 710 million people lack access to clean drinking water. Without clean water, people have to rely on unsafe water for their day-to-day lives.

Terrestrial water storage has dropped by 1 cm per year in the past two decades. This is all the water found on land and below the ground. Significant loss is experienced even in areas that traditionally provide water supply.

3. Over 4 billion people live near an impaired water source

About 4.5 billion people live near an impaired water source. That’s a water source that is either running dry or becoming polluted.

4. Agriculture is the most significant cause of water scarcity

Agriculture accounts for 70% of freshwater withdrawal globally. That number is 90% in fast-growing economies. As the population grows, agriculture will need to expand to keep up with food demand, and so will the use of water.

Facts about water scarcity reveal that household leaks can waste about 900 billion gallons of water annually. That is equal to the annual water use of nearly 11 million homes.

6. Faulty equipment waste 60% of the water used in agriculture

60% of the water used in intensive agriculture is wasted due to faulty equipment. Inefficient use of water also plays a significant role in causing water loss.

In the world’s poorest regions, 80% of diseases are caused by contaminated water and poor sanitation. About 22% of health facilities in these countries do not have clean water.

8. About one million people die due to poor sanitation

Global water shortage facts show that nearly 1 million people die each year due to diseases caused by water shortage and poor sanitation. About 290,000 children under the age of five die every year from diarrhoeal diseases. More people die from unclean water than all forms of violence combined.

9. Clean water can save 2 million lives every year

We can save 2 million lives a year by providing clean drinking water. This is without any extra medical intervention.

10. The world’s population has doubled and water consumption has quadrupled

In the past 40 years, the world’s population has doubled and water consumption has quadrupled. The global population is expected to hit 11.2 billion by 2100. As the population grows, water demand will rise.

Explosive population growth will increase the demand for water used in homes. As a result, water demand will grow by 55% by 2050.

An estimated 1.8 billion people will live in areas affected by water scarcity. Two-thirds of the global population will be living in water-stressed areas.

According to water shortage facts, 52% of the projected 9.7 billion people will live in water-stressed regions.

By 2040 there will not be enough water to quench the thirst of the population and keep up with energy and power demand at the same time.

Since 2000, flood-related disasters have risen by 20% compared to previous decades. In the same period, the number and duration of droughts increased by 29%. Most of these disasters have occurred in Asia and Africa. These regions have the highest number of water-stressed countries.

16. Americans use way more water than they need

According to water inequality facts, people in developed countries use more water than people in developing countries. A person only needs about 12 gallons of water a day, but the average American uses 82-158 gallons.

17. 15% more girls in Africa enroll in school when there’s access to clean water

Women and girls spend anywhere between 30 minutes and 6 hours fetching water in Africa. This means that they have less time for school and work than men and boys. School enrollment increases by 15% when girls have access to clean water.

Students spend 200 million hours fetching water for their families in water-stressed areas. 30% of schools lack primary access to water. 37% of schools don’t have decent toilets. An estimated 200 million school days are missed due to illnesses.

Water scarcity disrupts education leading to missing out on opportunities to find work and develop skills. Water shortage also causes illnesses that force people out of work. This is why the poorest parts of the world are the ones most affected by water scarcity.

Which Continent Has the Greatest Water Scarcity?

Africa has the highest number of water-stressed countries in the world. 1 in 3 Africans faces water scarcity. Approximately 400 million Africans don’t have access to clean drinking water.

When Will We Run Out of Water?

Though the world will never run out of water, freshwater supplies will continue to fall if the demand for water remains high.

What Percent of the World’s Water Is Drinkable?

3% of the water found on earth is fresh water. Just 1% of the freshwater is accessible and available for use.

These water scarcity facts show that water scarcity is a severe problem. It is expected to become worse as time goes on. If we take action, we can ensure that everyone has access to clean water.