What Is Animal Testing? The Truth Behind Experimenting on Animals 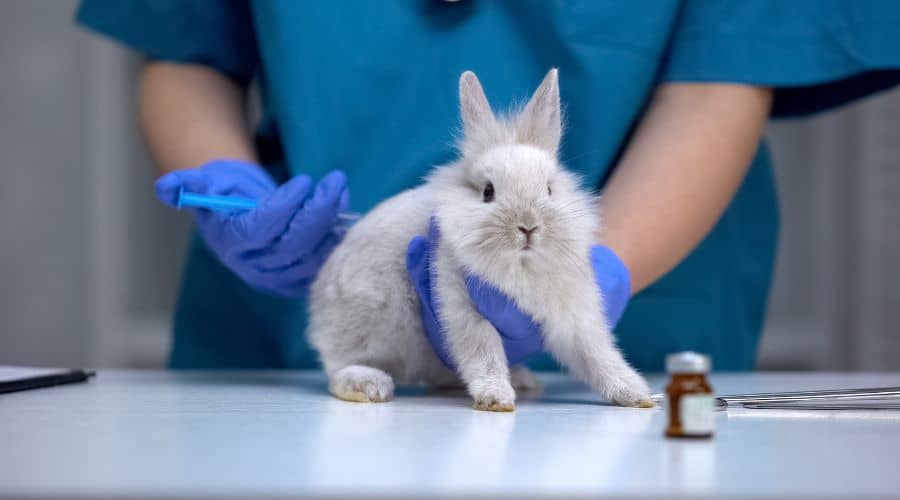 When you hear about animal testing, what comes to mind? Do you think about the animals or more about the product being tested? You’re not alone if you find yourself forgetting the ‘animal’ in animal testing. However, it’s time to pay attention because our animals are suffering and, sadly, for no tangible benefit.

Numerous laboratories around the world use animals as part of their research. This is deeply unethical. Despite being presented as a better alternative to human experimentation, animal testing is a cruel practice that might not be as useful as people think.

In this article, we’ll explain in detail what animal testing is, why it’s considered cruel, what we can do to stop animal testing, and much more.

What is Animal Testing?

Animal testing is the practice of experiments being performed on live animals for the purpose of research. This research assesses the safety and effectiveness of medicine, consumer and industrial products, and new procedures and techniques in the medical industry.

Everything from cosmetics, soap, food preservatives, painkillers, and more, can be first tested on animals before they make it to your supermarket shelf or favorite drugstore. The animals are subjected to pain, distress, and suffering even in procedures described as ‘mild.’ 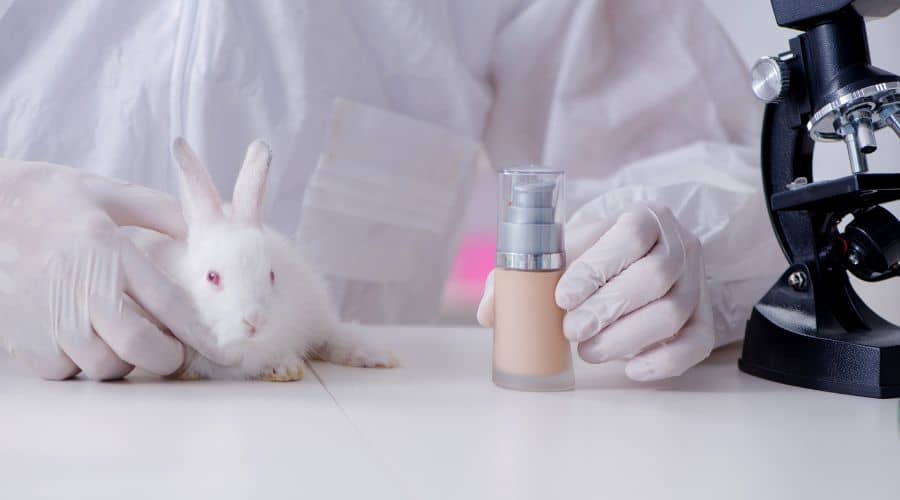 Many products are tested on animals before they make it to your supermarket shelf.

Sadly, millions of animals are subjected to experiments in labs worldwide. In fact, that number is as high as 200 million per year.

So what happens to the animals after the experiments? Usually, the labs kill the animals out of a belief that no one will adopt them. Millions of animals are culled every year because of this. This is the sad reality we live in.

What is Tested on Animals?

There are three types of tests done on animals. Basic research is the most common type. Whenever researchers have scientific questions in the medical field, they use animals to try and find valuable answers. Universities are known for doing this kind of research.

The final type of test done is the regulatory test. These are standard tests that determine if certain products are harmful to humans.

Before cosmetics, medicine, chemicals, and pesticides are released to the public, they’re first tested on animals to ensure that they’re not harmful and work as advertised. This process could involve testing the finished product such as lipstick or could test the chemical ingredients in a product such as a dye or preservative used to formulate that lipstick.

What Animals are Used for Testing and Experimentation?

There are a large number of animals used in animal experiments. The most common are mice, rats, monkeys, rabbits, fish, guinea pigs, horses, cows, sheep, and pigs. The Animal Welfare Act (AWA) defines an animal as a warm-blooded creature, such as dogs, cats, and monkeys. This excludes cold-blooded creatures and other creatures not considered by the AWA. A lot of unregulated testing is being subjected to animals excluded by the act.

You would think animals recognized by the AWA are free from testing. However, unfortunately, there are still regulated tests being conducted on these animals. In fact, dogs, cats, and monkeys make up 20% of the population subjected to regulated testing.

Types of Animal Experimentation and Testing

There are numerous experiments on animals, including:

All these tests either leave the animal dead or in extreme suffering.

Why Animal Testing is Bad

If it’s not obvious by now, animal testing is a callous practice. Many experiments involve injury and pain, meaning the animal suffers throughout the investigation. Even in labs that mitigate the animal’s suffering using painkillers, the animal still suffers psychological distress at being trapped and experimented on.

As if that’s not bad enough, laboratories tend to euthanize the animals after the experiment has concluded. We don’t know the exact number of animals killed due to lack of regulation. Still, it’s bound to be a considerable number. 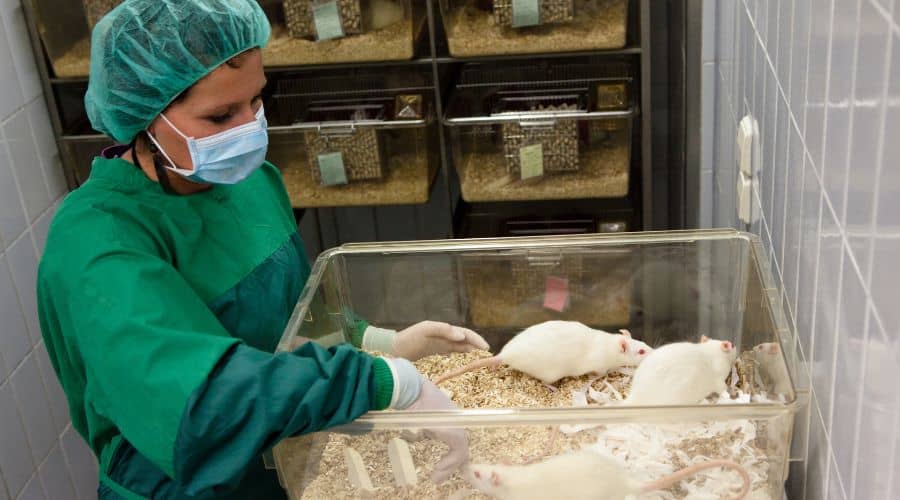 Laboratories tend to euthanize the animals after the experiment has concluded.

Putting the animals up for adoption is a solution but one with hurdles. The animals are often left physically impaired and exhibit behaviors (thanks to the trauma) that make them unpopular with pet owners.

Despite the cruelty involved, animal testing remains legal in most places, including the United States, where most animal experiments are unregulated, thanks to a loophole in the AWA. You would be mistaken if you thought the reason animal testing—especially on cosmetics—is so prevalent is that it’s required. However, the Federal Food, Drugs, and Cosmetics Act in fact doesn’t t require cosmetic animal testing.

Should Animal Testing Be Banned?

Testing on animals is a cruel and wasteful practice that brings unnecessary suffering to our animals. Here are two mega statistics that support this:

The wastefulness of animal testing isn’t the only problem. Animals have their own wants, needs, personalities, interests, and feelings. They do not exist to be used by us. Just because we humans are intelligent and capable does not give us the right to mistreat another creature for our own gain. We don’t conduct human experiments because we recognize humans as autonomous beings who deserve to be safe and happy. It’s time we see animals the same way.

What Are the Alternatives to Animal Testing?

How to Stop Animal Testing 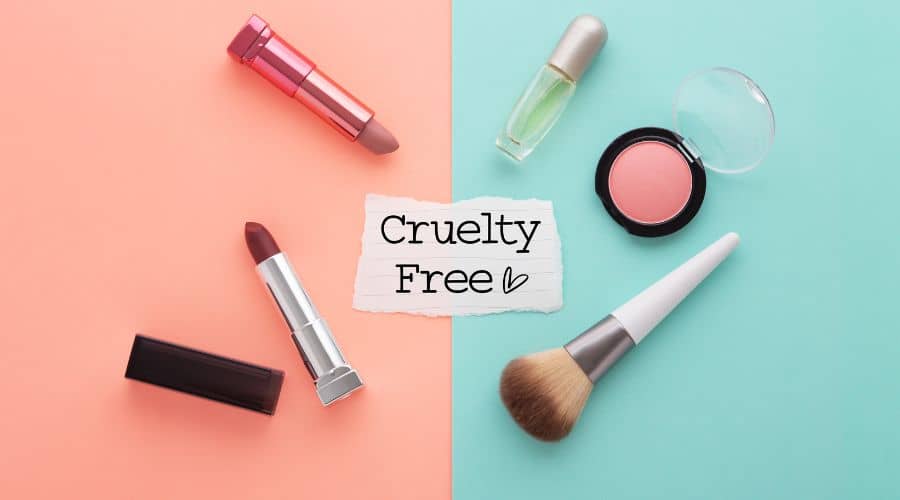 Look for cruelty-free certifications from Cruelty-Free International, Leaping Bunny, and Beauty Without Bunnies. These organizations have online databases and mobile apps to make it easy to see if a product is cruelty-free.

You can also pressure your representatives to support legislation that ends animal use in experiments.

Animal testing is still widely practiced around the world. Products and procedures for humans are first tested on animals to ensure they’re safe. Still, so far, there have been no real benefits to animal testing.

These tests cost millions of dollars and usually fail because of the biological differences between animals and humans. Despite this, millions of animals needlessly suffer through experiments that cause them physical and psychological harm. Thankfully, some signs indicate things are changing, and we’re starting to care more for animal rights just as we care about our safety.