Why Animal Testing Should Be Banned: 7 Reasons It Has To Stop 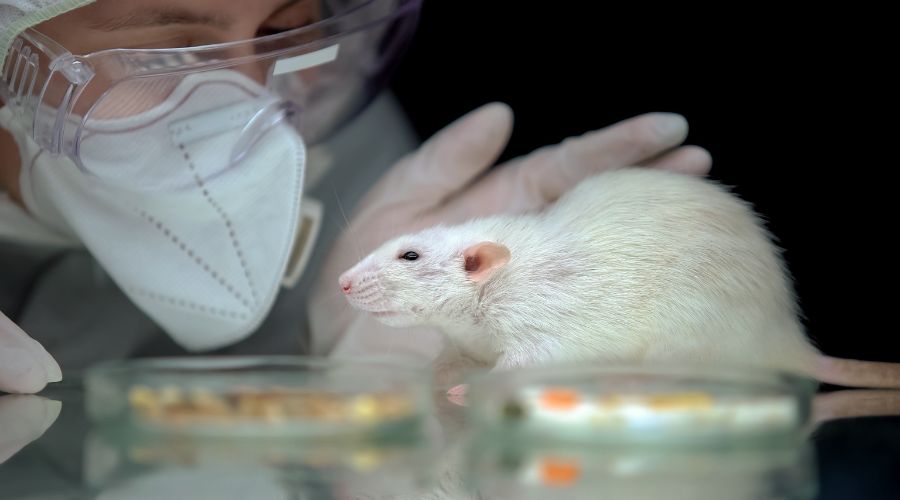 If you’ve landed on this page, chances are you have a pet you love so much or simply adore animals and care about their welfare. For pet lovers, imagine if someone was to subject your furry best friend to months of painful injections. Imagine if your cat was to spend months locked up in a cage just to observe how they react to chemicals. You shudder at that thought, right?

That’s precisely the kind of torture that animals go through during animal experiments. If the disgust you feel right now is not enough to convince you why animal testing should be banned, then keep reading. We explain a few more reasons why we should stop animal testing ASAP.

Learn more: What Is Animal Testing? The Truth Behind Experimenting on Animals

Why Animal Testing Should Be Banned

Despite the continued use of animals in experiments, there are many strong reasons why animal testing should be stopped. Here are some of them:

Like you and me, animals can feel, think, and, most importantly, experience pain. But, unlike us, they can’t talk, so they can’t consent to be part of the experiments.

Before a human being can participate in research, they need to sign a consent form that shows they’re aware of what will happen. Can you imagine trying to get an animal to sign a consent form? It’s too silly to even consider. This is why animal research remains popular. There are fewer hurdles to jump through to gain test subjects.

Supporters of animal research say that animals’ lack of knowledge is why they’re perfect for experimentation. But for those of us who believe animal testing should be banned, we think that just because animals aren’t as intelligent as humans doesn’t mean they should be exploited and mistreated. Animals have just as much right to autonomy as we humans do.

We would never test drugs meant for animals on humans. Then why is it a thing to test on animals drugs intended for humans? It definitely shouldn’t be!

3. It’s an old-fashioned and obsolete method

Once upon a time, scientists relied on animals for their research. In the past, the research capabilities of laboratories were not as advanced as they are today. One can argue that the lack of alternatives made animal testing seem necessary. It might have even led to some amazing breakthroughs.

However, in the decades since, scientific innovation has grown. We can grow cells in the labs. In fact, we now have lab-grown body organs. Isn’t that amazing?

This innovation is why we should stop animal testing and move on to the many currently available alternatives.

Animal testing isn’t cheap. It can take 10 years of animal tests and $3 million for a single pesticide to get registered. According to the Humane Society International, testing on animals is much more expensive and time-consuming than in-vitro methods. Should animal testing be stopped, we’d have more resources to advance research through alternative methods that don’t require animals or even humans to be tested on.

Think about this for a second: Over 100 million animals are used in experiments yearly, but only 59 new drugs were approved for the market in 2018. Despite the drug industry investing $50 billion annually, we have the same drug approval rate as we did in the 1970s. Is this kind of waste really necessary? I don’t think so.

5. There are better alternatives

If there’s one good reason why we should stop animal testing, it’s the fact that alternatives that don’t require animals exist. Thanks to technological advances, many decent alternatives to animal testing exist. In-vitro testing methods work very well and are cheaper. 3-D printing, computer models, and robots can be used instead of animals. Synthetic cellular tissues and eyes can be used to test the irritability of cosmetics.

Should testing on animals be banned, the impact on science and research would be minimal.

Besides being expensive, wasteful, and unnecessary, animal testing is inhumane. According to animal welfare activists, this simple fact is why animal testing should be banned. The animals suffer physically and psychologically even in tests that are described as mild. The different experiments often leave the animal injured or disabled. Some experiments don’t bother with anesthesia or painkillers.

It’s devastating to imagine what those poor creatures are forced to endure. Should animal testing be illegal, we can prevent countless animals from suffering the same fate. 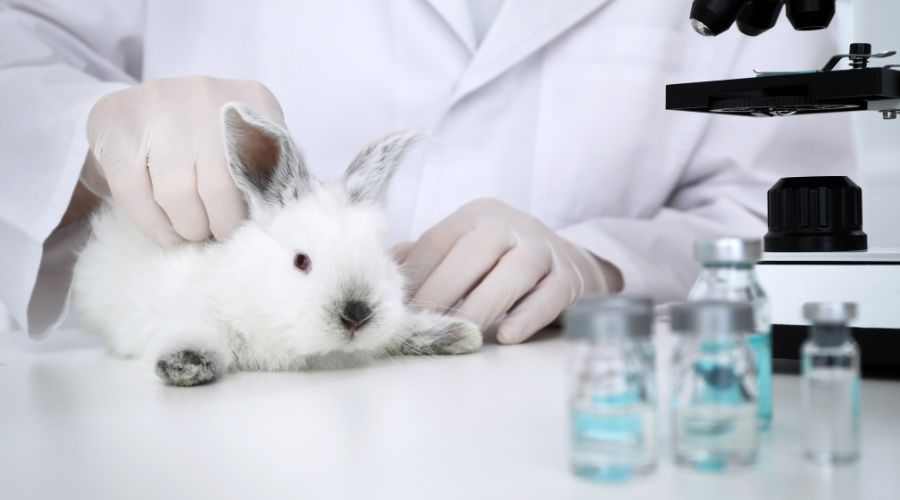 Animals suffer physically and psychologically even in tests that are described as mild.

It’s unethical to sentence almost 200 million animals to life in a cage and intentionally cause pain, loneliness, and fear just to please human beings.

More Reasons Why Animal Testing Should Be Stopped

Still not convinced? Here are more reasons why animal testing should be banned.

Too many animals are being used in experiments

Animals must be harmed to get proper results

Three types of tests are done: skin and eye irritation, chemical exposure, and lethal dose. In each trial, the animal is harmed to see how it reacts to certain chemicals.

Animal testing is not a legal requirement

The Federal Food, Drug, and Cosmetic Act doesn’t legally require cosmetic animal testing. This means that cosmetics companies don’t need to use animals at all. What’s worse is that most products don’t even need additional testing as they’ve been proven safe. Unbelievable!

Even though The Animal Welfare Act (AWA) allows regulated testing on the animals it protects, 800,000 animals are subjected to regulated tests every year.

While these tests are regulated, and the animals may be subjected to more humane practices, corporations and laboratories are left with injured and traumatized animals once the tests are done. These animals are not given up for adoption due to their disabilities. As such, they’re euthanized.

21% of countries have partial or total bans on animal cosmetic tests. As more people understand the harm caused by these experiments, more and more countries are starting to consider regulating the practice. If the world unanimously agreed to ban animal testing, existing regulations and bans would be taken seriously.

How Can We Stop Animal Testing?

Now that we’ve gone over a good number of reasons why animal testing should be banned let’s delve into how this can be achieved.

Thirdly, we need to push for other alternatives to animal testing. Innovations in science and technology can allow us to develop more humane testing methods that exclude the use of animals as subjects.

Finally, put pressure on your representatives to support legislation that bans animal testing.

The reasons why animal testing should be banned are so many. But the one that should tag your heart the most is just how much pain and torture these beautiful creatures that bring us so much joy go through. Further, the tests cost millions of dollars and can take years to complete. After all of that, there’s a slight chance that the end result is beneficial to humans. Meanwhile, the animals are suffering greatly for something so unnecessary. It is a tragedy, and we should all work together to stop it.