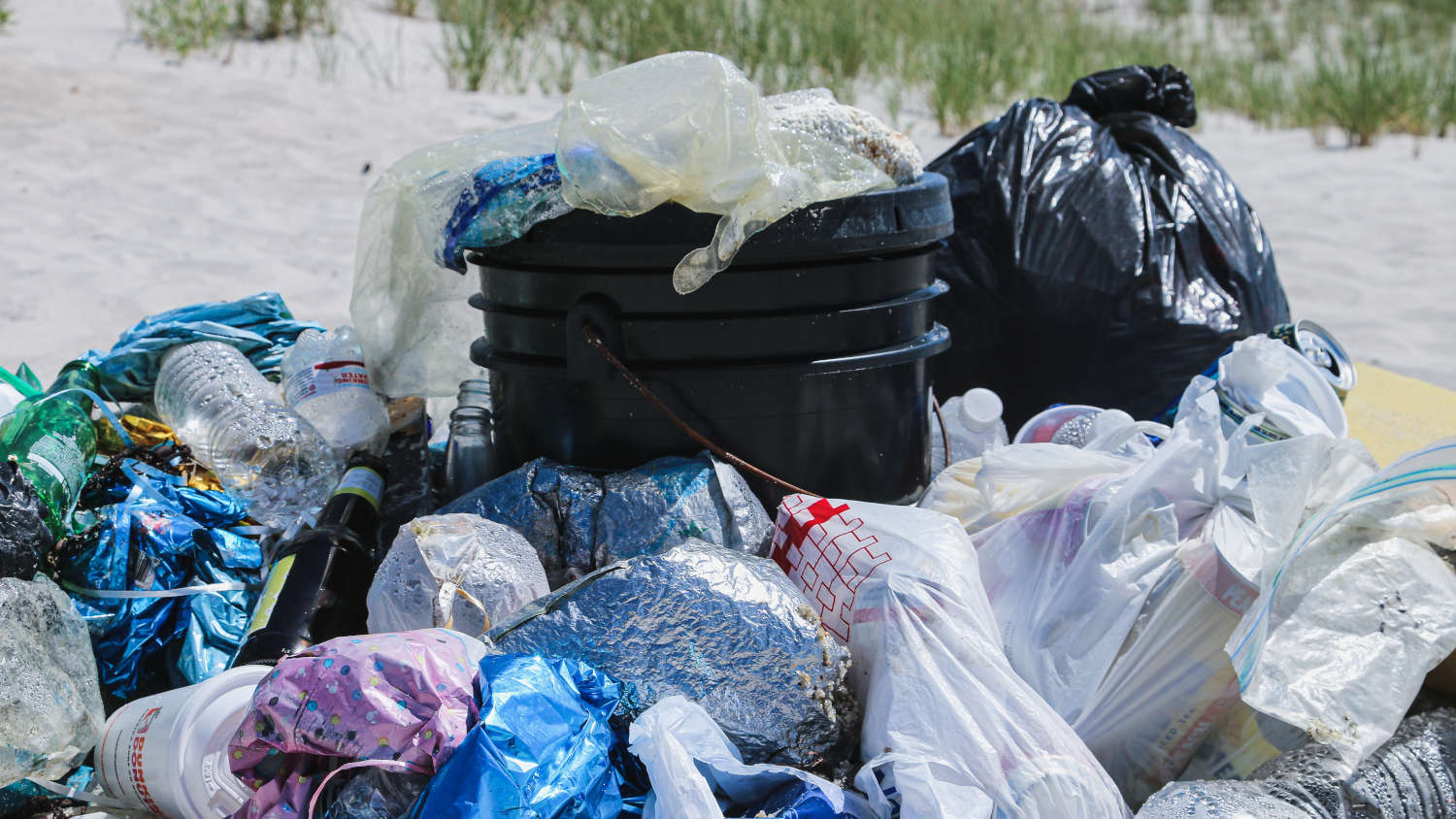 The effects of plastic bags are undeniable. Only 1% of all the plastic bags used are recycled, the rest end up in landfills and oceans. Here, they kill thousands upon thousands of marine animals.

While it takes just 12 minutes to dispose of a plastic bag, it takes over 700 years for this bag to degrade.

But despite this, 160,000 plastic bags are still used every second around the world.

We need to use less plastic bags if we want to save our planet.

We’ve put together some plastic bag facts that will, hopefully, change the way you and your friends use plastic bags. Better still, convince you to stop you using them altogether.

Yep. You read that right. Every SECOND. Cumulatively, it adds up to a trillion plastic bags being used every year.

An average family will use 60 plastic bags on four visits to the supermarket.

3. Only 1% of plastic bags are recycled

According to facts about recycling plastic bags by Waste Management, only 1 percent of plastic bags are returned for recycling. That means that the average family recycles just 15 bags a year; the rest end up in landfills or as litter.

4. A plastic bag is used for an average of 12 minutes

A plastic bag is generally thrown in the trash after just 12 minutes of use. Once trashed, plastic bags will remain in the environment for 1,000 years before they decompose.

5. 267 different species of animals have been affected by marine debris

Marine wildlife often mistakes plastic bags for food. The bags end up blocking the breathing passages and stomachs of many marine species, including whales, dolphins, seals, puffins, and turtles.

6. Plastic bags are among the 12 items of debris most found in coastal clean-ups

According to plastic bag pollution facts from the non-profit, Center for Marine Conservation, plastic bags are among the 12 most found items of debris during coastal clean-ups.

If we joined all the plastic bags in the world together, they would circumnavigate the globe 4,200 times.

During the 2011 International Coastal Cleanup, volunteers collected 120,450 pounds of bags in the United States. In Massachusetts alone, 5,712 pounds of plastic bags were collected.

Related article: Why are Plastic Straws Bad for the Environment?

Plastic paper will only start degrading after 700 years and will only fully degrade in 1000 years.

Got more questions about plastic bags facts? Here are some of the most commonly asked questions:

How Long Does It Take for Plastic Bags to Decompose?

How Many Plastic Bags Are Used Each Day?

How Many Plastic Bags Are in the Ocean?

On average, 300 million plastic bags make their way into the Atlantic ocean alone every year.

How Many Pounds of Plastic Bags Are in the Ocean?

It is estimated that there are 150 million metric tons of plastic in our ocean with plastic bags making up most of the plastic trash.

How Many Animals Die from Plastic Bags?

100,000 marine animals and more than 1 million seabirds are killed by plastic bags and other plastic garbage annually.

Which Countries Have Banned the Use of Plastic Bags?

So what’s the best way to stop this plastic bag madness? Start using reusable grocery bags as an alternative to plastic bags!