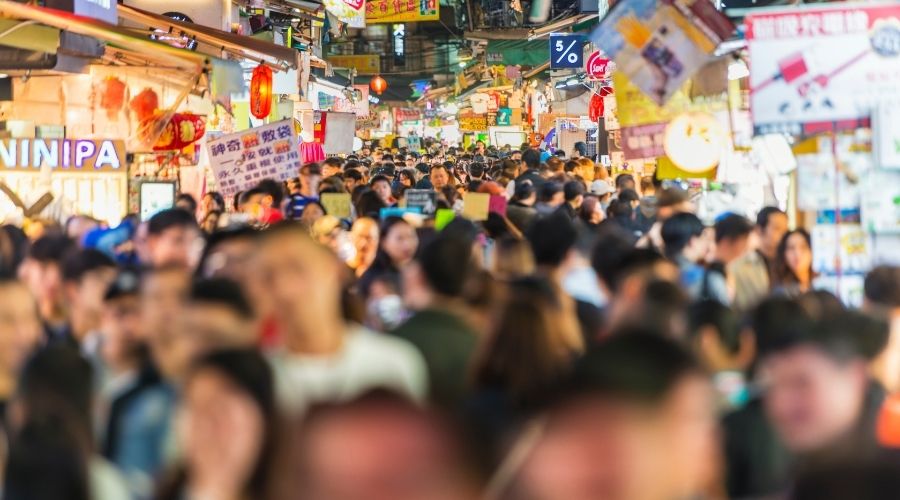 There are more humans today than in any other period in history.

This article dives deep into human overpopulation, the causes, effects, and solutions available.

What Is Overpopulation and Why Is it a Problem?

So, what is overpopulation?

Population growth is higher in developing nations compared to developed countries. Africa has the fastest annual growth at 2.6% compared to North America’s growth rate of 0.6%.

So why is overpopulation a problem?

Resources meant to support life are depleting faster than they are being restored. Overpopulation has led to intensive agriculture to cater to the considerable food demand, and clearing of forest cover to make way for land development projects. Pollution from overproduction has made the environment toxic. Habitats are being destroyed to accommodate the ever-growing human population.

There are numerous causes of overpopulation. The major ones include:

The birth rate is now higher than the death rate. The infant mortality rate has dropped globally. The average lifespan has increased thanks to medicine, hygiene, and agricultural technology. There are more elderly people now than before because of that. While decreasing the mortality rate is a good thing, it means more people in the world. The current birth rate means that there is a large younger population today. This will lead to higher population growth rates in the future.

The gradual rise of contraceptive use has reduced global fertility rates. Contraceptives are still underutilized, particularly in developing countries where many women are not using them. This is due to cultural norms, misinformation, and a lack of agency over family planning.

There is a link between higher female education and lower fertility rates. Women with little education have higher fertility rates compared to educated women. There are millions of girls around the world who miss school daily. Many women in developing countries have little to no education. Lack of education traps women in poverty, limits their access to contraceptives and hastens childbearing.

Effects of Overpopulation on the Environment

Overpopulation has led to unsustainable consumption of natural resources. This is through intensive farming, overexploitation, and land development. These resources cannot be replaced at a rate that matches their consumption.

Overconsumption of these life-sustaining resources adds more stress to the environment. The strain on the environment leads to reduced access to those resources. This contributes to a declined quality of life.

Freshwater is the most important finite resource. Yet it’s being consumed 10 times faster than it’s being replenished. Out of 30% of land surface water, such as rivers and lakes, less than 1% is accessible for human use. The rest is either unreachable or too polluted. By 2025, more than half the world will be facing water vulnerability. In some regions, by 2030, the water demand will exceed supply by 50%. Due to the relentless consumption, freshwater ecosystems are endangered.

The sixth mass extinction event is happening today with 30,000 species a year going extinct. Human overpopulation is in part causing accelerated habitat and biodiversity loss. We are destroying habitats, killing animals for food, and polluting the environment. Overexploitation deprives plants and animals of resources such as water and food. Within the next few decades, at least half the plant and animal species will become extinct.

Unsustainable population growth has caused overconsumption of energy sources such as oil. This leads to increased greenhouse emissions and pollution, which causes global warming and climate change.

Overpopulated regions will experience reduced access to water, medicine, and food. As a consequence, public health and the economy will suffer. Crime rates will increase due to fewer available jobs, scarcity of resources, and living costs.

Wars are being fought over land, water, and fossil fuels in regions like the Middle East and Africa.

Solutions to Overpopulation: How Can We Fix It?

Human overpopulation is a threat to the planet and future generations. Thankfully, there are solutions to overpopulation that individuals and governments can take.

At the individual level

Choose to consume less by buying just what is necessary. Being conscious of what you buy can also protect the environment. For example, purchasing plastic-free products and buying food from local farms will reduce pollution.

Renewable energy reduces your carbon footprint and the overexploitation of fossil fuels. Use solar and wind power in your homes. Support renewable energy businesses.

Buying zero waste and eco-friendly products will go a long way in reducing pollution. Reusing and recycling products reduces waste and overproduction of goods. Biodegradable products ensure that disposal after use does not harm the environment.

Support education for women and girls

improved education for girls has been linked to lower reproduction rates. The more educated a woman is, the better her fertility choices. These choices include increased contraceptive use, delayed childbearing, and even childlessness.

Educating both men and women about contraceptives and family planning reduces population growth. The higher the acceptance rate of contraceptives, the lower the fertility rate.

Government policies and programs can lower reproductive rates, for example, by giving subsidies only to families with a small number of children. governments can put in places environmental policies such as the preservation of ecosystems in order to reduce overpopulation consequences.

Overpopulation is a significant issue that is damaging our planet. It is a threat to the survival of our species. Not all hope is lost, though. We can cut down world overpopulation and reduce its pressure on our environment.