Why Are the Polar Ice Caps Melting & What Can We Do to Stop It? 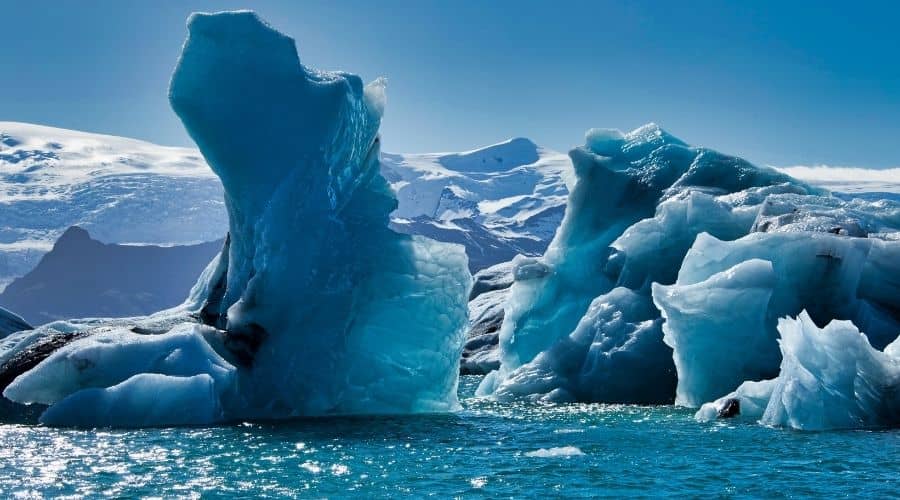 Polar ice caps melting is a phenomenon that is going to leave our planet iceless very soon.

But why should you care about melting ice?

Glaciers—frozen rivers of ice flowing downhill—impact weather and climate dynamics in a significant way. When they melt, temperatures rise, creating more frequent and intense coastal storms like hurricanes and typhoons.

If they continue to melt, the world will keep experiencing floods leaving more people homeless and, in dire cases, lives lost.

Read on to understand why the ice caps are melting, the effects of this phenomenon, and what you can do to stop it.

Why are Polar Ice Caps and Glaciers Important?

Almost 10% of the world’s landmass is currently covered with glaciers and ice caps, mainly in Greenland and Antarctica. Ice caps and glaciers play a significant role in preventing climate change.

Do you know how good you feel when you take a cold drink or eat ice cream on a hot summer afternoon? Ice caps have the same effect on the planet. Ice acts like a protective cover over the Earth and our oceans. It reflects excess heat into space, cooling down the earth.

The melting freshwater from glaciers also alters the ocean by pushing down the heavier saltwater, thereby changing currents in the ocean.

Why are the Polar Ice Caps Melting?

Many glaciers worldwide have been rapidly melting since the early 1900s, thanks to us—humans. You’re probably wondering what you could be doing to make the Northpole melt? Well, the more energy we consume by lighting our houses, driving cars, etc., the more carbon dioxide and other greenhouse gases we emit.

These emissions raise temperatures leading to melting ice caps. Currently, 95% of the oldest and thickest ice in the Arctic is already gone. The Arctic could be ice-free in the summer as soon as 2040 as ocean and air temperatures continue to rise rapidly.

If we don’t curb our greenhouse gas emissions significantly, it’s believed that more than a third of the world’s remaining glaciers will melt before the year 2100.

What are the Effects of Melting Glaciers and Ice Caps?

Unchecked melting glaciers and ice caps have a massive impact on humans, animals, and the environment. Let’s review a few of these effects:

As sea ice and glaciers melt and oceans warm-up, they disrupt weather patterns worldwide, causing unpredictable consequences that affect farming and food production. The ripple effect is in increasing global food prices. Warm oceans also affect fishing, as the waters change where and when fish spawn. This affects the economies that highly depend on fishing.

Additionally, the more the weather patterns change, the more floods we experience, leading to loss of life.

People are not the only ones impacted by melting ice caps. In the Arctic, as sea ice melts, wildlife like walrus, arctic foxes, snowy owls, reindeer, and many other species are losing their homes. Polar bears are now spending more time on land, causing higher rates of conflict between the bears and people.

Effects of Melting Ice Caps On the Environment

The Arctic and Antarctic are the world’s refrigerators. As mentioned, white snow and ice in those areas reflect heat into space, cooling off other parts of the world that absorb heat—and here we mean our homes!

The more ice melts, the less there is to reflect heat. This results in more intense heatwaves worldwide as well as more extreme winters.

Arctic ice and permafrost—ground that is permanently frozen—store large amounts of methane. This is a greenhouse gas that contributes to climate change when released into the atmosphere. When the ice caps melt, that methane is released, increasing the rate of warming. This, in turn, causes more ice and permafrost to melt. As more ice melts, the worse climate change will become.

What Happens If Ice Caps and Glaciers Continue to Melt?

The fact is we need ice caps and glaciers. If we’re not careful and continue to see the current high melting rates, we could soon have a world without ice caps and glaciers. This will see the global sea-level rise approximately 70 meters, flooding every coastal city on the planet—including New York, Miami, Los Angeles, Rio de Janeiro, Mumbai, and Sydney.

Solutions For Melting Polar Ice Caps: What You Can Do to Stop it

One of the best ways to help stop the polar ice caps from melting is by changing a few of your daily habits, such as:

To reduce the effects of climate change, you must reduce your CO2 emissions. This means making an effort to turn off lights when they’re not in use to reduce energy consumption, ditch your car, walk to work, or take public transport to reduce the carbon emitted by your vehicle and use as little plastic as possible.

Reduce the demand for fossil fuel

Burning fossil fuels increases the amount of carbon dioxide in the atmosphere. You can reduce the demand for fossil fuels by avoiding buying processed foods. These take more energy to produce. You can also rely on renewable energy such as solar panels instead.

Yes, more trees could save the North Pole. Worldwide rainforest conservation has a massive potential of addressing global warming. Rainforests trap carbon, preventing it from getting into the atmosphere. So the more trees you plant, the cleaner air we’ll have.

Climate change is a real issue, yet many people still think it’s a conspiracy theory. Use your voice to educate people about climate change and how to deal with it. Also, where you can, petition your government and those in positions of power to take climate change seriously and adopt policies that will help address it.

Melting of the polar ice caps is an urgent environmental problem. If we don’t address it, global warming will continue to negatively affect our environment. Therefore, it’s our collective responsibility to identify solutions to the problem. So start doing what you can today!