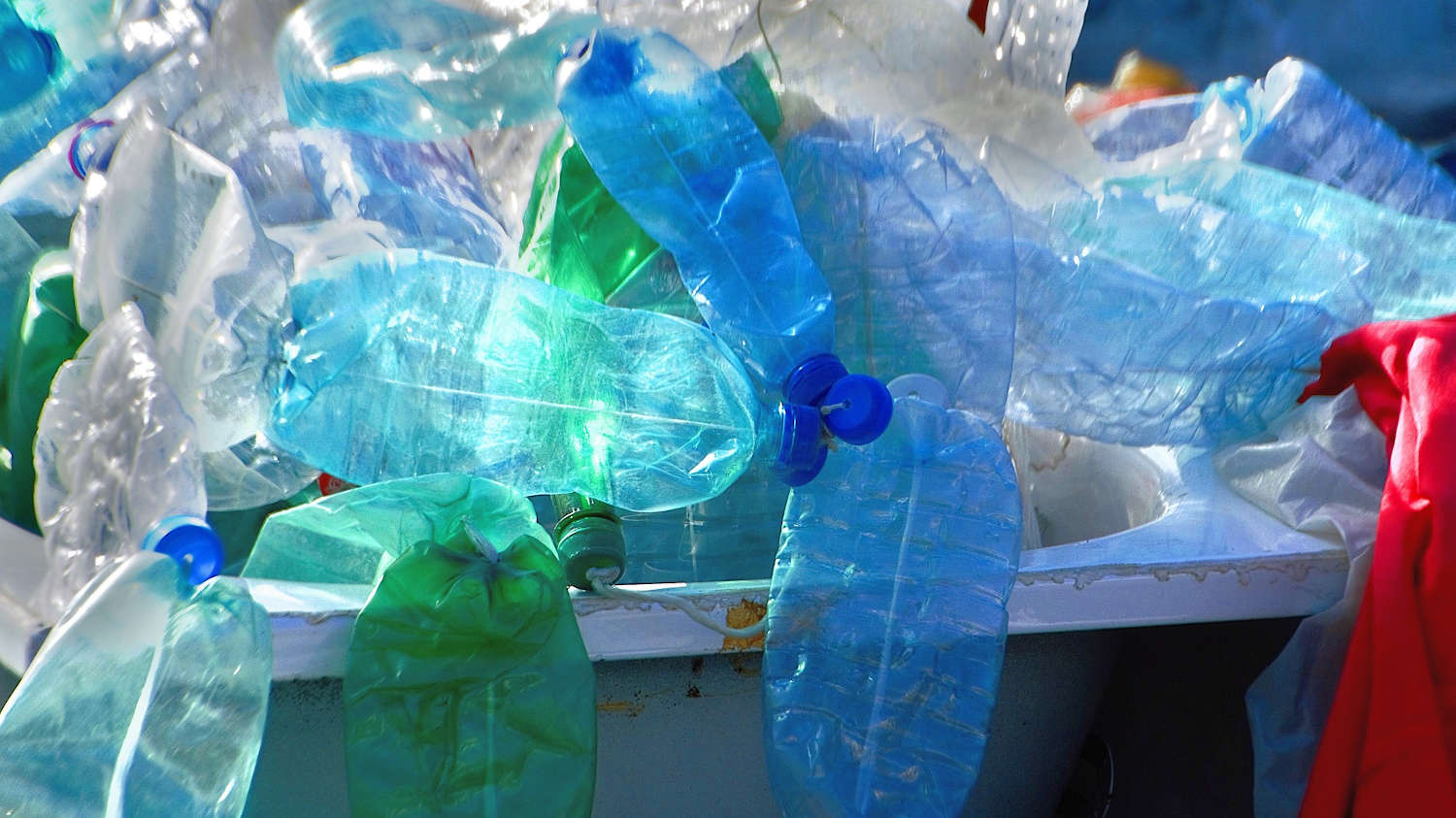 Every second a piece of plastic gets thrown in the trash bin. From bottles to cups to straws, shopping bags, and cutlery. Our throw-away culture is slowly eating our planet away.

If current plastic pollution facts are anything to go by, our planet will be fully consumed by plastic by 2050 if we don’t change our ways NOW.

15 Plastic Pollution Facts To Swing You Into Action

Facts about plastic pollution by the Guardian revealed that about 8.3 billion tons of plastic have been produced since the 1950s. This is about the same weight as that of more than 800,000 Eiffel Towers.

2. Only 9% of this plastic has been recycled so far

Plastic pollution facts show that out of all the plastic that has been produced worldwide, only about 9% is recycled and 12% is incinerated. The rest of the plastic (79%) ends up in landfills or on the streets and into the oceans.

3. A million plastic bottles are bought around the world every minute

Research shows that 1 million plastic bottles are bought around the world every minute. This number is believed to increase by another 20% by 2021 if our consumer habits remain the same. Less than half of the bottles purchased are recycled — with just 7% of those collected turned into new bottles. The rest end up in landfill sites or the ocean.

Related article: Why are plastic water bottles bad for the environment?

It also creates 20% less air pollution and 50% less water pollution than would be created when making a new bottle.

Plastic is not biodegradable and can exist for centuries. A plastic water bottle can last for 450 years while Styrofoam can last for 5000 years!

The average time that a plastic bag is used for is 12 minutes and then thrown in the trash where they take hundreds of years to decompose.

8. The average straw is used for 5 minutes

We use a straw for about 5 minutes before trashing it. Plastic straw pollution facts show that the use of single-use straws is increasing worldwide. In just the U.S. alone, an estimated 500 million straws are used every day. In the UK a minimum of 8.5 billion to 42 billion straws are used every year. Single-use straws take more than 200 years to break down.

9. We’ll soon have more plastic in the ocean than fish

Plastic pollution facts predict that by 2050, there’ll be more plastic in the ocean than fish. 8 million metric tonnes of plastic enter our oceans every year.

A person eats about 100 bits of microplastic over the course of just one meal.

11. Millions of animals are killed by plastics every year

An estimated 1 million marine birds and 100,000 marine animals are killed by plastics each year. This is from eating plastic or getting entangled in abandoned fishing nets and other plastic materials.

12. A third of the world’s sea turtles have plastic waste in their stomachs

According to the United Nations, more than 90%of all birds and fish have plastic particles in their stomach. Because plastic breaks up into tiny pieces in the sea, the animals are able to consume it.

Liver and cell damage and disruptions to reproductive systems due to the consumption of plastic is making some species, such as oysters, to produce fewer eggs. This has seen the number of such species decline over the years.

14. 73% of beach litter worldwide is plastic

Studies by National Geographic show that 73% of all beach litter is plastic. Most of the trash collected in beaches come from bottles, bottle caps, food wrappers, grocery bags, polystyrene containers, and cigarette butts,

15. 90% of plastic polluting our oceans is carried by just 10 rivers

10 rivers across Asia and Africa carry 90% of the plastic that ends up in the oceans. The 10 rivers are the Yangtze, Indus, Yellow, Hai He, Ganges, Pearl, Amur, and Mekong in Asia and the Nile and the Niger in Africa.

As you can see from these plastic pollution facts, things are already out of control and are only getting worse. We need to act now and act together, to stop plastics from taking over our planet.

Thanks for coming by. If you enjoyed this article on plastic pollution check out our other article about eco friendly stats.